Often overlooked in our LGBTQ community is the Transgender community. In this administration where much of the legislation being changed, seems to have a direct correlations to Transgender rights, I feel it is important to be able to share some of their stories. It is time for us all to set our differences and beliefs aside. We must unite and fight this administration before it removes anymore from us and we lose all the progressions we have made. So join with me as I share their stories and lets celebrate their fight and stand with them.

Cleveland gives a different dichotomy of being Transgender. While most of us see Cleveland as a small town, there are many Transgender people from even smaller towns and smaller southern towns. Colby is a 39 year old Transgender man that works in the healthcare field and lives in Floyd, Virginia. Colby is also married to my sister. While this is not specifically about the community here in Cleveland, Colby is my brother-in-law, so his story is directly personal to me. While he isn’t directly aware, his journey has been one that was the seed for much of my change in thought. Things that are the closest to you challenge your beliefs most’ 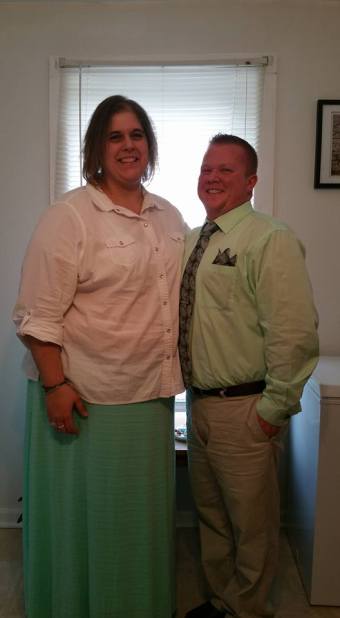 Tell me about yourself. Name, age, where you live, and what you do.

My name is Colby Byrd, I live in Floyd, VA, and I am a registered nurse.

What does transgender mean to you?

Transgender to me is simple it is your body looking on the outside what you feel on the inside.

What are some common misconceptions you face about Transgender men and women?

Some of the misconceptions I face are that transgender people are confused, that we only want to use the other bathroom because we are creeps, that we don’t belong, that we are gay/lesbian, that it’s just a phase. These are among a few.

How should someone ask a Transgender person which pronouns they prefer?

For me most people don’t question my pronouns anymore because I look very much male. However, when I first started transitioning I preferred that people just ask me my name and then listen to what pronoun people who knew me called me. Most transgender people will politely tell you if you use the incorrect pronoun.

Do people ask you if you have had any surgeries and how does that make you feel?

Many people who know ask what surgeries I have had, and I am ok with answering because I would rather a person be informed then create their own opinions on lack of knowledge. However, it is uncomfortable when I go to a new physician or surgeon and must explain myself because the whole purpose of being transgender is to be seen as the sex you feel you are and people tend to look at you differently when you must give that information.

What are things that we should avoid doing with Transgender person?

Don’t treat us differently. We are who we are. Don’t be uncomfortable around me like I am going to do something perverse or that I am an alien. I have the same heart inside that I did before I transitioned the only thing that changed is my appearance and my confidence because I finally feel right. We face a lot of the same challenges as many of the rest of the LGTBQ community.

What has been the hardest part of your transition so far?

For me the hardest part of my transition has been trying to create a new past. By that I mean I live in a very small town so I don’t tell a lot of people so if I talk about my past including a previous marriage I have to remember to use the correct pronouns myself for the past and I have to be careful what pictures I post on social media and what family tags me in or comments they make so as not to be found out. 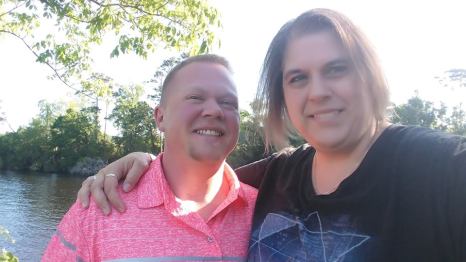 Tell me about your normal day? – being a parent of a Transgender child/ Transgender person-

My days are pretty much the same as a male born person. I get up and get ready for work and go through my day the same as anyone else. The only difference is I have to wear a prosthetic to fit in in the bathroom and as I said before if we start telling stories about our past I have to be careful. I have been in transition for six years, so it is a lot different now than it was in the early stages.

What are some microaggressions that make you feel unsafe? (“Microaggressions are the everyday verbal, nonverbal, and environmental slights, snubs, or insults, whether intentional or unintentional, which communicate hostile, derogatory, or negative messages to target persons based solely upon their marginalized group membership.”)

Unfortunately, I see this a lot in the field I work in. I work in behavioral health and many of the people I work with are more ok with a person being gay than with a transgender person. Many of them do not know about me so I must sit and listen to them talk horribly about transgender patients and though I do speak up and try to defend them I must be careful as to not give myself away because when I do speak up too many rumors start flying and questions get asked. My bosses do know the truth and they fully support me and have said they will not tolerate any negativity against me. It also hurts the transgender community when adolescents come in and say they are transgender and you can obviously tell that it is an attention thing. 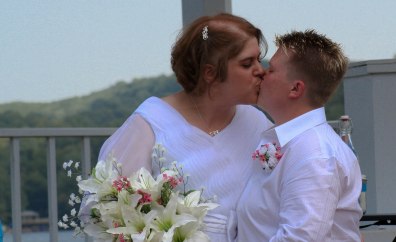 I am a cisgender Gay male, and always want to know how to be a better ally for trans* individuals. What are some things I can do to aid in trans* visibility and helping to create a safe environment, based on your personal experience?

For me just treat me as you would any other male (no flirting I’m married to your sister). We want to be treated the same as anyone else in the world, same rights, same privileges, same level of acceptance. We struggle the same as any heterosexual person does on a daily basis, so we don’t need the added stress of wondering who’s going to find out and who’s going to judge us because we did what we needed to do to be whole.

I believe that a parent can tell if their child is truly transgender or if it is just what is “cool” at the time. I knew when I was six years old that I was “different”, but I grew up in the same small town I live in now and had no idea what transgender was. It wasn’t until I was much older that I even knew what gay was and then even longer when Chaz Bono came out and I met another transgender man in my community that I finally was able to figure out what (who) I was. Let them be who they are! Don’t try to change them and if they are older transgender and have no family support be their family. Give them all the strength and encouragement they can’t find from the people who should love them most.

Do people question your sexuality when you tell them you are Transgender?

Yes! Every time. Most of them know that I am married to a female but that makes them say that I am a lesbian. No, I am not. I am a heterosexual male as far as I am concerned. My wife and I are legally married and the only thing we can’t do that any other heterosexual couple can do is produce children.

With the recent news of Scarlett Johansson over being offered a role as a Trans man in Rub & Tug, what are some common misconceptions about Transgender people portrayed in Hollywood?

The most common misconception I notice from Hollywood about transgender is putting it in the public. For me, as I know it has been with many of my trans friends, we don’t want anyone to know. Not because we are ashamed but because we are who we’ve always felt like we were meant to be. I don’t need to publicize that I am a man that used to be a woman because I never wanted to be a woman to begin with. I am a man and that’s who I want to be seen as. Hollywood, as with Miss Jenner, has made it look like we are confused and unhappy with our decisions and that we question what we’ve done. I have not questioned my decision one day since I made it.

What gives you strength day to day?

My strength comes from two places. My wife and God.

Can you describe for me why it is important that our laws and people treat each other equally?

We are all human and we are all equal. No one is more or less important. Who is it hurting if my wife and I adopt a child if we can give it a better home than the straight couple who destroyed their life to start with. Who is it hurting if a gay or lesbian couple who love each other marry. I have always been a strong believer that the media makes a big deal about things and makes them more than they are. Most LGBTQ only want the same rights as everyone else. To be able to love who they want, provide for their loved ones and make sure they are taking care of once we are gone. I am not sure of any spirituality from Christianity to Buddhism and everything in between that says anything more than love one another, not only love heterosexual people, so why are we so hard on each other. Love begins with us.