Well it’s Friday and a good time to look back over some news stories that are circulating. When you think the world is progressing forward and becoming a more tolerant place, we are forced to see things that show us just how far we still have to go. Here are four stories from LGBTQ Nation that make us realize we still live in a world populated by those less than intelligent people.

We all know that Fox New is the hub for the most progressive viewpoints, right? Sarcasm… just saying. December 4, 2019, Tucker Carlson started to introduce his first guest by saying transgender equality is only an issue that rich people care about. Keep in mind that only about 19 states have any form of transgender protection when it comes to employment. He went on to introduce Meghan Murphy and continued by saying transgender issues don’t matter to “a struggling blue-collar worker, a parent whose kid is addicted to opioids, or “any normal person.” Goddess how I hate hearing people use “normal” when being condescending to the LGBTQ people. Murphy responded to Carlson saying that the trans community was a “tiny, tiny, tiny minority.” She feels it strange for blue collar workers to want to focus on transgender issues when they are more concerned with living. Murphy was quoted as saying she felt it was “totally an academic issue.” Feeling that the only ones who are concerned with it are people of privilege, feeling that academia created transgenderism or gender identity issues. Studies show that 29.4% of transgender people live in poverty or that wealthier people tended to vote for Trump and not care about transgender politics at all. For more, check out the Tucker Carlson story.

One would think, on the surface, the Fairness For All Act sounds like a pretty decent bill to be introduced, even though it is introduced, by Utah Republican Rep Chris Stewart. The FFAA will add sexual orientation and gender identity to the list of protected classes to the 1964 Civil Rights Act. It goes further to prohibit anti-LGBTQ discrimination in education, employment, housing, public accommodations, and other areas, so what exactly is so bad about this bill. While it gives us those protections, it also allows religious organizations and small businesses (including wedding vendors) to legally discriminate against us. However, if your business is over 15 people, the Act would require you to serve LGBTQ people, unless you are a wedding vendor. And it still allows religious schools and colleges to keep their tax-exempt status even while discriminating and allow any public venues and adoption agencies owned by religious groups to refuse services to queer people. This act is falling under attack from all side. Both LGBTQ and conservative. The point to mention here is that the Equality Act has already been passed, May 17, 2019, that effectively “prohibits discrimination on the basis of sex, sexual orientation, gender identity, or pregnancy, childbirth, or a related medical condition of an individual…” Check it out, FFAA infront of Congress. 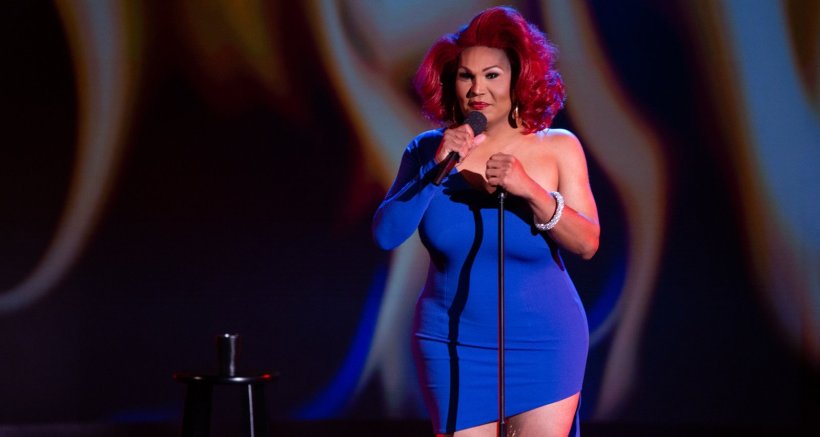 In our recent past, we have had some pretty strong role models who were drag queens and trans women, but sadly not all of them are. I introduce you to Flame Monroe, a self-proclaimed drag queen and “comedian who happens to be transgender.” She tells Charlemagne da God, host of the Breakfast Club, “If LGBTQ people stop force-feeding our lifestyle on straight people, we can be neighbors with homophobic people.” I still do not get the force-feeding people say we do. Monroe feels that we are insensitive and forceful about our existence and our fight for our rights. Now keep in mind, she had also just recently accused Mo’Nique of being transphobic hypocrite to her and that her husband was gay. Monroe said, “I keep saying the world is not going to see us…if you force feed anything on anyone, you make them hate. The gay community – my community, my community – we are forcing.” Monroe claims to only be gay four hours a day, claiming she is only temporarily gay as long as the check clears. After she calls her friend, Tiffany Haddish, a “real woman” while the rest are “just faking and shaking and flaking.” Going further to claim, “there are beautiful woman who are already made and that their aint no woman with penises.” Monroe who identifies as a trans comedian agrees with the host that she is just an impersonator. Monroe went on further to say that the recent comments made by Dave Chappelle were “spot on” and that “Chappelle was wonderful.” If you aren’t sick of it so far, check out Flame Monroe’s interview.

Republican presidential nominee Donald Trump holds up a rainbow flag with “LGBT’s for TRUMP” written on it at a campaign rally in Greeley, Colorado, U.S. October 30, 2016. REUTERS/Carlo Allegri

Lastly, if you are still looking for that perfect gift for a special someone in your life, why not head over to Donald Trump’s campaign website to purchase his new “Make American Great Again” pride t-shirt. I mean after all “the Don” claims that many, many LGBTQ people support him. Even though a recent poll showed that 93% of LGBTQ people disapprove of Trump and his administration. Shocking to believe, I know since he has done such amazing things for the LGBTQ community like banning transgender people from the military to expanding exemptions to organizations who discriminate against LGBTQ people. We all remember, during his campaign, Trump waving the rainbow flag that stated LGBTQ people for Trump, that lead to the first pride shirt he sold that simply stated LGBTQ for Trump on a rainbow flag.

I hope you all enjoyed this collection of ineptitude. Its proof that things are not always as they seem. We still face people who have small minds about what it means to be LGBTQ, even from our own community. Being mindful of laws that are in place and coming into consideration are things we need to be mindful of and it is just as important to be registered to vote and vote at every election. Your very safety depends on it.