Today started National Transgender Awareness Week and it usually takes place between November 13th and 19th. It has become a time for transgender people and their allies to come together, share their stories, highlight the community, and talk about issues that they face every day. This is also a time in which the general public can be educated on transgender issues. Gillian Branstetter, spokeswoman of the National Center for Transgender Equality, was quoted as saying “only one in four Americans know a transgender person nnd even then, it is still important for people who are not transgender themselves to understand who we are and the issues we face and the barriers that are too often put in our way.” The week culminate on November 20th Transgender Day of Remembrance.

This is a time to remember those transgender people who have lost their lives at the hands of anti-transgender violence. This year we have seen at least 22 transgender women of color killed. Since the FBI first started keeping records around 2009 and since that time, we have seen almost 300 transgender people killed. Sadly, that number may be higher as reporting of these crimes are often mislabeled by the police, victims are misidentified by their birth gender, or people fail to come forward and help identify the crime. During this week, let us not forget those that have left us, let us hold the names up high and celebrate their lives. We need to work together to advance laws that offer protection to the LGBTQ community and increase penalties to those committing hate crimes. 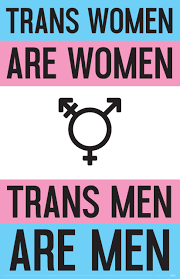 Transgender Awareness Week started in 1998 after the violent murder of Rita Hester, a transgender woman from the Boston area. Hester was known as an educator and activist to the local transgender community. The person responsible for this murder has yet to be found. Transgender advocate Gwendolyn Ann Smith started the Day of Remembrance in 1999, one year after the death of Rita Hester, but it became a time a remembrance for all who lost their lives. This becomes the perfect time to examine the factors that lead to these deaths and hopefully begin putting an end to them.

There have been leaps of progress since 1999, but transgender people still face many daily obstacles and challenges. They still face discrimination in housing, healthcare, job place, school, restaurants, airports, voter polling locations, and with the police. We see the discrimination daily when they are refused access to restrooms because someone feels they are predators or perverts. If their name doesn’t match their outward appearance, they are forced to have to explain the situation and still be refused services. We live in a world of perceived black and white, one or the other, this or that and anything that does not fit into those boxes are odd and become targets of discrimination. 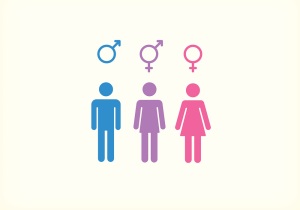 As this is Transgender Awareness Week, this is a time to focus on the positive. To showcase contributions to our society, watch films produced by transgender creators, listen to panels, visit art exhibits from the transgender community and many other activities. Two prominent YouTube stars Jazz Jennings and Ash Hardell are two transgender people who work tirelessly to help those understand more about the transgender community and even talk about the journeys. Jazz has went on to start in her own show on TLC, I am Jazz. Here is one of her YouTube videos showcasing things you may not know about transgender people.

Ash also have a widely successful YouTube Channel with his partner Grayson. He shows very intimate parts of his life, like when he came out to his mother. He talks about surgery, coming out, and just day to day lives Ash also advocates transgender rights and goes to many cons to talk about gender issues and transgender issues. Check out Ash’s vlog titled Advice for Kids Coming Out on YouTube.

Remember that this week is a time to remember, celebrate, and advocate for transgender rights. You may not be transgender, yourself, but you can be an accomplice. By accomplice I mean someone who helps to make changes as opposed to sitting back and just offering words of support without actually doing anything. You may be one of the four Americans who knows a transgender person, if not are you standing by while others trash talk the community or are you working to shape minds. This is the week to become better educated on how to help.