I will start this off with a little disclaimer, if you are a Trump supporter then this article will not cater to your tastes. As most of my readers have deduced, I am a gay cis male how has a strong affinity for LGBTQ history and making sure that it continues to be shared as much as possible. If you haven’t guessed that, then I hope this has not been a huge shock for you. In my article, Trials To Change The Future  I wrote about how Trump has stacked SCOTUS with handpicked members that support his radicalized ideals for running a country. In We Have To Stand I wrote on Don’t Ask Don’t Tell and LGBT men and women serving openly and how with the Trump administration, he has tried to push a trans military ban. And there are other articles that have touched on this administration. The reason I feel it is so important to point this out is because that same man who has fought to change so much of the progress LGBTQ people have made, stands before us claiming that he has been a friend of the LGBTQ people and that he had done well by us. Is there some small island province he is talking about? It cannot possibly be this country with its LGBTQ citizens he is referring to.

As is his nome de plume, Trump is famous for standing before the American people and delivering a diatribe of how everyone who isn’t for him is against him. He stands before a group of reporters claiming how good he has treated the LGBTQ people. This is on the heels of a new proposal  that would allow businesses with government contracts to openly discriminate against anyone who is LGBTQ, based on religious beliefs. The American Civil Liberties Union has stated that nearly ¼ of the American people work for a company that has a contract with the federal government. This could also lead directly to those companies openly discriminating against LGBTQ people from having jobs. HRC even stood up against Trump for breaking his promise to leave the Obama’s 2014 workplace protections for LGBTQ people in place. “With this proposed regulation, the Trump administration is seeking to gut existing protections for LGBTQ people, women, and religious minorities, and we cannot stand idly by,” said Human Rights Campaign President Alphonso David in a statement. This rule was put into place on August 14, 2019 and is up for a 30-day public comment period. 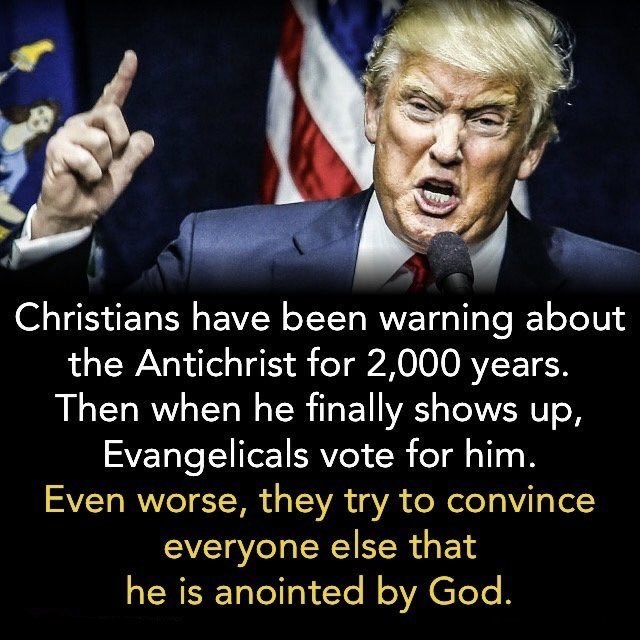 Now, if you aren’t familiar, Log Cabin Republicans is a subgroup of the Republican party that work to advocate for equal rights for LGBTQ people. They started in 1977 in response to the Briggs Initiative that would move to ban LGBTQ people from being teachers, that initiative would go further to say that they should be terminated for being LGBTQ and the firing of anyone who supported LGBTQ teachers. They formation was based on Abraham Lincoln supposedly being the founding father of the Republican party and based his platform on equality and liberty. However, in 2016 the LCR leaders moved to not endorse presidential nominee, Donald Trump. This created a bit of backlash as pro red chapters voted to support Trump.

Chris Johnson from the Washington Blade asked Trump if he was okay with how his administration has made it easier to discriminate against LGBTQ people, but instead of answering Trump had this to say. “Well you know, I just got an award and an endorsement yesterday from the exact group, you saw that – is it the Log Cabin group? – and I was very honored to receive it… As you know, Peter Thiel and so many others, they’re with me all the way and they like the job I’m doing, and I just got a big endorsement from the Log Cabin group, yeah.” Is this actually the case? Since his administration, many LCR members have left the group due to the support they are giving him. Casey Pick said that the organization she once knew no longer exists. And we have seen more resign their memberships with the recent support of his new proposal. Robert Turner, former head of the DC LCR Chapter said this endorsement was a “step too far.” Jennifer Horn, member of the LCR national board, said while giving her resignation that she could not sit down at her dining room table and have a conversation with her children and to explain how she has endorsed Trump for president. The small amount of credibility the endorsement gives Trump does far more for giving him a distraction to talk about instead of his policies.

GLAAD To Show The Score

Trump still stands on the rhetoric that he has been good for LGBTQ people of this country, GLAAD has offered a scoreboard to show just how incorrect that actually is. According to their website GLAAD.org  there actually has been 123 Attacks on LGBTQ people in the 943 days since he took office. You can read the entire list at the link above, but let’s look at a few of them. Probably the biggest dig that he could have done after his swearing in took place on January 20, 2017, Trump removed any mention of LGBTQ from the White House, Department of Labor, and Department of State websites. Two months later, March 20, 2017 Trump Administration erases the LGBTQ community from The National Survey of Older Americans Act Participants and the Annual Program Performance Report for Centers for Independent Living, key surveys that are used to help provide care to American seniors – including disability, transportation, and caregiver support needs. And only eight days after that, under his proposed budget for the U.S. Congress, The Trump Administration offered to cut HIV and AIDS research funding under the National Institutes of Health (NIH). June 29, 2017, Reports revealed President Trump hired anti-transgender activist, Bethany Kozma, to the Office of Gender Equality and Women’s Rights at the US Agency for International Development.

One year after his swearing in, Trump promotes anti-LGBTQ religious exemptions in his Religious Freedom Day proclamation and The Department of Health and Human Services created a new department that shields healthcare workers who refuse to treat LGBTQ patients or those living with HIV by calming moral or religious objections. Thus, allowing healthcare providers the ability to decide who they should treat and to what extent, based solely on their religious preferences. In February of 2018, we watched in shock and awe as the Department of Education said they would no longer look into claims of trans students being bullied and stated that the Trump administration’s position, which they endorse, is to refuse protection of trans students based on gender expression and identity.  October 25, 2018, In an ongoing effort on the part of the Trump Administration to replace “gender” with a biological-essentialist definition of “sex”, U.S. officials at the United Nations are seeking to replace mentions of “gender”, e.g. “gender-based violence”, with alternative terminology, like “violence against women,” erasing all references to gender identity and the issues relating to trans and gender non-conforming people.

Two years after his swearing in on January 23, 2019, The Trump Administration approved a waiver request by South Carolina Governor Henry McMaster, which could give faith-based adoption agencies the ability to deny LGBTQ couples adoption rights based on so-called “religious exemptions” — all while using government tax dollars. One thing worth pointing out here is that many of these atrocities he has been a part of are done in a way in which it benefits an organization or company for discriminating against LGBTQ people, note the last part of the statement “all while using government tax dollars.” April 4, 2019, Housing and Urban Development Secretary Ben Carson refused to reinstate housing protection guidelines that would prevent LGBTQ Americans from experiencing discrimination while attaining a home, which include access to homeless shelters. June 7, 2019, The Trump Administration denies all U.S. Embassy buildings from flying the historic LGBTQ Pride Flag on embassy flagpoles in honor of June being National LGBTQ Pride Month.

History has shown countries have overthrown rulers for far less than the atrocities this “president” and administration has visited onto its people. Our own country says how bad this is, but yet we still sit by and let it happen, without recourse. When will enough be enough? The government should be afraid of its citizens, but in truth it would seem we have become more fearful of acting out against those in power. Our country’s history is built on the foundation of not settling for persecution by a tyrant. LGBTQ history mirrors this thought, we have seen the leaders of our movements rally groups into protesting and making change. Many feel this need has gone by the wayside due to becoming complacent for the advances we have received. I challenge you that we should move back to those demonstration days, use civil disobedience as often as we can, and stand up for our very rights we have and still fight so hard for. This president is not a friend, he is not good for us. We need to make the change.

One thought on “Trump, What Is He Good For?”