Most of us, thanks to Pride celebrations the nation over, are aware that the first marches took place fifty years ago at the Stonewall Inn. Stonewall was only the turning point for our movement. Yes, Stonewall was monumental because it was the point where many of us were tired of the mistreatment we were enduring, the hatred at every turn, and the interference in our everyday lives. This was the turning point that changed how we would act in the future. So, you may be wondering what I mean when I say this was not the beginning of our march. Where did it start?

Just nineteen years before the famous Stonewall Riots, an organization started that was primarily for gay men and was called the Mattachine Society in Los Angeles. A mere five years after that an all lesbian group, Daughters of Bilitis, had started in San Francisco. These groups started off as social groups for their members but quickly started becoming the social platform for shaping LGBTQ futures. These groups started publishing newsletters and setting up chapters around the country. Their means were limited, but it started the first that would blaze in to a movement. “Homosexuals had no credibility in the popular arena,” George Chauncey, a Columbia University history professor and author of “Gay New York,” explained. “It was very difficult for them to speak for themselves.” Also check out the NBC documentary Stonewall 50: The Revolution Episode 1, part 1.

Harry Hay had started the Mattachine Society as a means of improving and protecting the rights of gay men. It came from a time when we didn’t have any representation and popular consensus was that we were degenerates and an assault to the moral fiber of the country. Before that Hay had tried to start and organization called the Bachelors for Wallace and created the tenants of the organization which he called “the Call.” This first group wasn’t successful in starting, so Hay refined the tenants of the Call and met Rudi Gernreich at a meeting. He showed Gernreich the document and he was thoroughly immersed in it. Gernreich claimed it to be the most dangerous thing that he had ever read and at that point decided to start helping Hay out financially.

In 1955 the Daughters of Bilitis came into existence and was formed by Del Martin and Phyllis Lyon. At that time the lovers had approached their gay friends saying they did not know any other gay people. Their friends introduced them to another lesbian couple and at that end of that night, the group decided they should start a social group for get togethers. By October 1955 their numbers doubled, and they were meeting as a means of social outlet. They had setup principles for their group that would include a place to dance, since it was illegal for two people of the same “sex” to dance together in a public venue. Shortly after, Martin was elected the president of their group and it became their mission to educate about lesbians and to help decrease the self-loathing that was common during these socially repressive times.

Both group’s core principles were education, leadership, and to provide legal representation for what was considered “sexual deviants”, at the time.  These groups had realized that outright struggle against social norms would be futile, so they started to preach assimilation. While this was some of the first beginnings of our fight, it was also the beginning of undermining who we are. During this same time, an organization called ONE, Inc had been publishing a magazine called ONE. The postal service had refused to mail their August issue because it was deemed obscene because it wrote about homosexuals in heterosexual marriages. The magazine was mailed with a plain brown wrapper, but the postal service still refused to allow it to be sent. Later, in 1958, the Supreme Court ruled in favor of ONE, Inc and allowed their issues to be mailed.

The 1950s also played host to the first gender nonconformity issues. There were groups of effeminate presenting men and masculine presenting women how either lived part or full time dressed in contrast to their gender assigned at birth. During this time, they were considered transvestites and the Mattachine Society and Daughters of Bilitis considered these groups in direct opposition to the cultivated images they were trying to present of how we were respectable and normal people. The first real riot took place in Los Angeles in 1959 at Coopers Do-nuts, where gays, lesbians, bisexuals, and transgenders had staged a protest in response to police harassment A similar event took place at Compton Cafeteria in 1966 and involved drag queens, hustlers, and transvestites. Police were called to arrest men dressed as women. As the first arrests were made, the patrons started throwing cups, saucers, and plates to break the plexiglass store front of the cafeteria. They also returned later in the week, when the window was repaired, to break it again. Scholars have gone on to classify this as an act of anti-transgender discrimination. These were the first riots that started our movements. 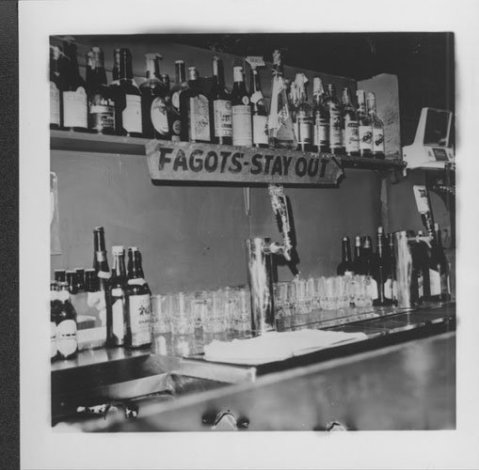 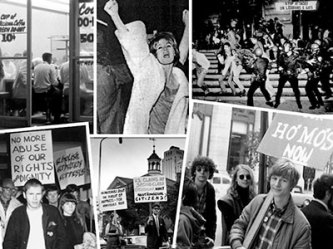 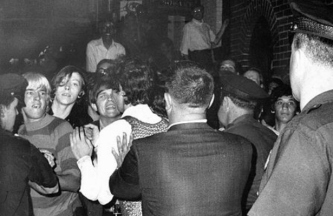 In 1957, Dwight D. Eisenhower signed an executive order that would ban all gay people from serving in federal jobs, this was the start of the Lavender Scare. Thousands of men and women lost their jobs with this bad, including Frank Kameny. Most of the ones fired preferred to hide the reasons they got fired, Kameny decided to fight the government over his dismissal. Kameny founded the DC chapter of the Mattachine Group and turned it into an organized protest group. For four years after losing his job, he protested outside of the White House and Independence Hall. The government may have destroyed his career, but they turned him into an activist that would continue to fight for LGBT rights.

The 1960s also affected the east coast, as well. New York City had started a campaign to get rid of the gay bars in the city in preparation of the 1964 World’s Fair. They were concerned over the image that the bars would have on tourists that would be coming in. Initially they started revoking liquor licenses and the moved to sending in undercover officers to entrap as many gay men as possible. The entrapment used a male office patrolling park, public places, or bars and engaging men in conversation. If that conversation lead to the target asking the cop to leave with him or buy him a drink, he was then arrested for solicitation. These stings were hardly fair, there was one incident where the office was in a gym locker room grabbing his crotch and moaning loudly. When another man asked him if he was alright, he was promptly arrested. Lawyers, at this time, would hardly touch these cases out of fear of their careers and losing the case. Many of them paid kickbacks to the police department. The Mattachine Society was responsible for getting Mayor John Lindsay elected, thusly ending the police entrapment campaign. 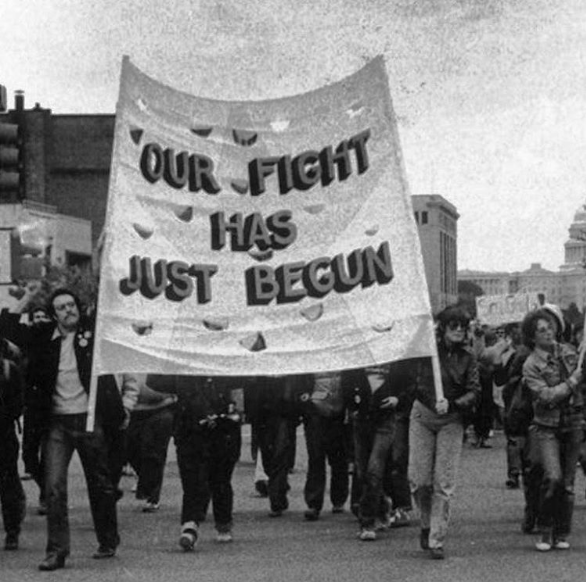 This is where our modern civil rights movement for LGBTQ started. These were the trail blazers, even though they preached conformity and assimilation. Sadly, even the native people of America realized that these were easier ways to ensure their survival, as opposed to open aggression and fighting. The movement changed through the years and pushed for inclusion of all types, after Stonewall. The move forward for acceptance was built on the common foundation that we all were tired of what we were experiencing. For the future, where will be go from here? How will we fight now, and can we come together again? Our new generations will be the ones who decide that result.

For more info, check out the link and video below.

Who were the ‘Homophiles’? The LGBTQ rights movement began long before Stonewall