So many times, things fall to the annals of history and seem to disappear, leave gaps in what once was. But with LGBTQ, many things that had become passé have come back around and fallen into favor, even if slightly changed. Then there are times that new things spontaneously come into creation and burn bright. Since I have been discussing fetish and its relation to our history, I thought this one fit right in there. I do not endorse and suggest any of these, only open up to you about what is out there. But, at the same time it is important to point out that any of these topics covered here or previously are not bad by nature alone.  It is for you to decide what is good and healthy and what is fun and arousing. 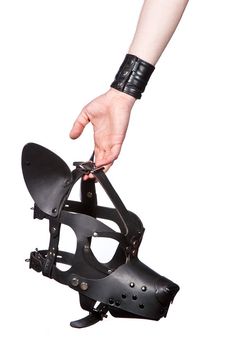 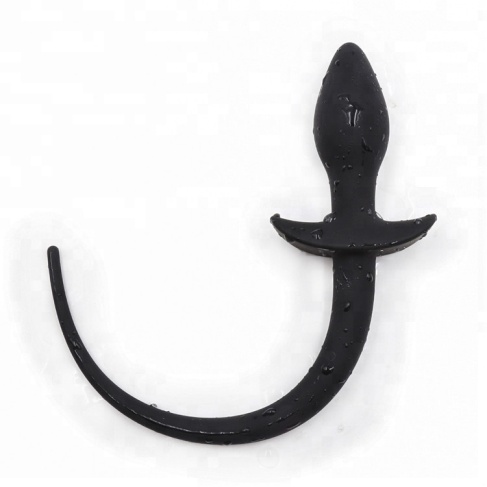 So, let’s drill it down to some basics, keep in mind I do not partake in it, so this is an observational view. Puppy play is when one person takes on the role of a pup and the other takes on the role of a handler. The pup, literally, acts like his biological counterpart, while the trainer treats the pup as if he was training one. There are no requirements for special gear, if you choose not to, or can be as elaborate as you would like. Many pups start out with a tail (small anal plug with an outward curved in resembling a dog’s tail), a pup mask (a leather, usually, mask that covers the face and looks like a dog’s snout), and a leash. Some include a harness as well and even have a trainer that may collar them, at some point. After that, it is more about letting go of who you are and getting in touch with your inner animal side. Turning off the cares and concerns of your day to day and responding on instinct and what feels good. Some describe it as turning off your inner monologue, slipping out of who you are, and becoming your alter ego canine.

The key thing to remember here is that this type of play is not driven by sex, in fact there are many pup/trainer relationships that do not involve sex. In many of the same veins that Dom/Sub relationships go, it is about letting go and surrendering, to become vulnerable and open. Our society teaches us that those feelings are signs of weaknesses and so are not wanted. Many who view it from the outside pass a judgement on how silly it may look or weird to their view of normality. But let’s take a different look, how awesome would be to just be? Think about being with someone who actually knows your secrets and will never judge you. You have the ability to play and have fun, without worrying about what bills are due. The ability to have someone give you reassurance and be open enough with them to enjoy each other for the joys you feel with them. These are all things that pups and trainers say they experience. Want to see what it looks like? Check out the Leather Stallion tonight and tomorrow night (Mach 22 – 23, 2019) for the Ohio Pup & Trainer event.

Ok, this one falls in the outskirts of kink and only really fits it due the way having multiple sexual partners or group sex can be considered kink. And it is definitely one that was once really popular, fell by the wayside, and made a resurgence in gay male circles. If you haven’t guessed then let me clarify, we are talking about Gay Bathhouses. Public bathhouses date back into history and were common place in many cultures. Gay Bathhouses, a place where men congregated to engage in male to male sex date back, at least recorded, to the 16th century. First recorded in America was in New York in 1903 where police conducted the first ever raid on a gay bathhouse. They became vastly popular in America through the 1920s and 30s and probably hit their heyday in the 60s to early 80s. Many famous celebrities got their starts performing in bathhouses, and not sexually. Take Bette Midler, she was known as “Bathhouse Betty.” Her cabaret performances in the, then, Continental, in New York city is what gained her iconic status with the gay male population. During this time, she also had backup by pianist Barry Manilow.

During the 60s and 70s, they were fully licensed ran and owned gay establishments and where the quintessential place for gay men to go and be with other gay men, no judgements only carnal desires. Before I proceed, let me say that not all men who frequent bathhouses then and now are gay. This is where the kink can fall into it. There are many heterosexual and bisexual men who come here to throw off inhibitions and conduct in sex that is outside of their normal predilections. Bathhouses took a decline in the 80s as the HIV/AIDS epidemic continued to rise, exponentially. Safe sex practices in bathhouses were almost non-existent and since the disease was new enough that most people hadn’t heard of it, or when it was called GRID, if gave a means to spread quickly. Once “barebacking” and promiscuity were shown to be a large cause of the spread, many people left the bathhouses. As with most things, Gay men aren’t easily swayed from our habits. 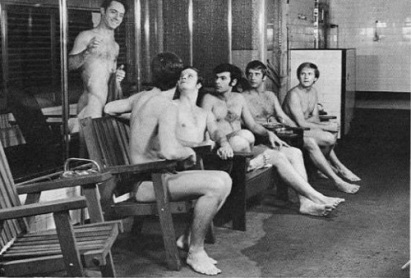 The bathhouses of today are vastly different than those of the days of yore. Gone are the days of the many dark, cavernous buildings, many have switched to a high-end spa appearance. Modern amenities and memberships create an air of elegance in the trysts we chase. Take a look at Flex Spas, they have four locations in the United States. Here in Cleveland you can find Flex in the old Art Deco Greyhound building and boasts as being the largest private alternative men’s club in the world. You will find rooms have been decorated as extensively as high-end hotels, they gym/weight rooms are all the most up to date equipment, and the pool spa areas brightly lit take away the old day’s stigma of dark and dank sex clubs. Don’t let all the trendy decor and weight machines fool you, there are fully function playrooms to fill your wildest desires. Find someone you prefer to get a bit more one and one with, they do offer rooms, as well. This creates a modern day luxurious getaway that caters to your every desire. They even offer memberships for more frequent visits. It takes away the stigma of doing something that seems base and dirty and replaces it with a feeling of experiencing what makes you feel good.

Humans have this amazing ability to derive pleasure from so many sources. We can have lives where we can experience our own versions of best version of life and sexual satisfaction. The only true limits are respect, mutual consent, and our own comfort level. If you have the desire, explore your inner nature and see what you may be missing. At the very least, maintain an open mind about what others like and makes them who they are, remember it is their journey as much as it is yours. Above all other things, love yourself for who you are and without judgement. Lighten up, you may just have fun!