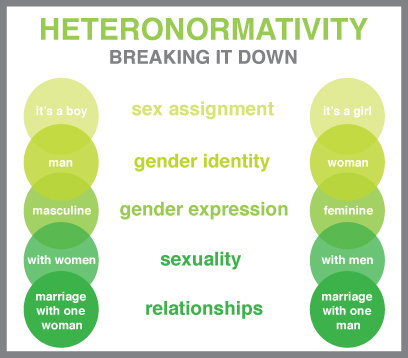 The very core of who we are is implanted into us during our childhood. Sure, you may argue that education causes us to look out who we are, decide what is good/bad about it, and make needed changes to evolve, but keep in mind how we define those very structures is based on our upbringing, the very way our parents raised us. For LGBTQ youth, we grow up in a familial culture that doesn’t understand our very differences. Our parents teach us what they, in turn, learned from their parents. It is a perpetuated cycle of heteronormativity and most cases it’s so ingrained into us that we do not see it as anything else other than how we are raised. We are taught that we should be looking for someone of the opposite sex to get to know, settle down, marry, have kids, and start the whole cycle again. Our parents weren’t taught there was a difference, at least in a positive light, so it is seen as the only way to be and anything else is an aberration.

What is heteronormativity, Merriam Webster says this : heteronormative adj – of, relating to, or based on the attitude that heterosexuality is the only normal and natural expression of sexuality. Unfortunately, this doesn’t really speak to the very nature of heteronormativity. The Medium.com goes further with a definition from other scholarly sources that says:

Ranging from organizational to interpersonal spheres, the presumptions that there are only two sexes; that it is ‘normal’ or ‘natural’ for people of different sexes to be attracted to one another; that these attractions may be publicly displayed and celebrated; that social institutions such as marriage and the family are appropriately organized around different-sex pairings; that same-sex couples are (if not ‘deviant’) a ‘variation on’ or an ‘alternative to’ the heterosexual couple. Heteronormativity refers, in sum, to the myriad ways in which heterosexuality is produced as a natural, unproblematic, taken-for-granted, ordinary phenomenon.

One could argue then that this definition is very close to what most would perceive as homophobia and you wouldn’t be far from the truth. Homophobia is more like the sibling of heteronormativity but louder and in your face. Heteronormativity is the more day to day, subtle process that are so pervasive to our culture and much more akin to colonialism. Essentially it is the basic form of sexual expression and the very foundations on which societies are built. It states that the only normal expression is that of a man and a woman and anything else is deviant or less than normal. 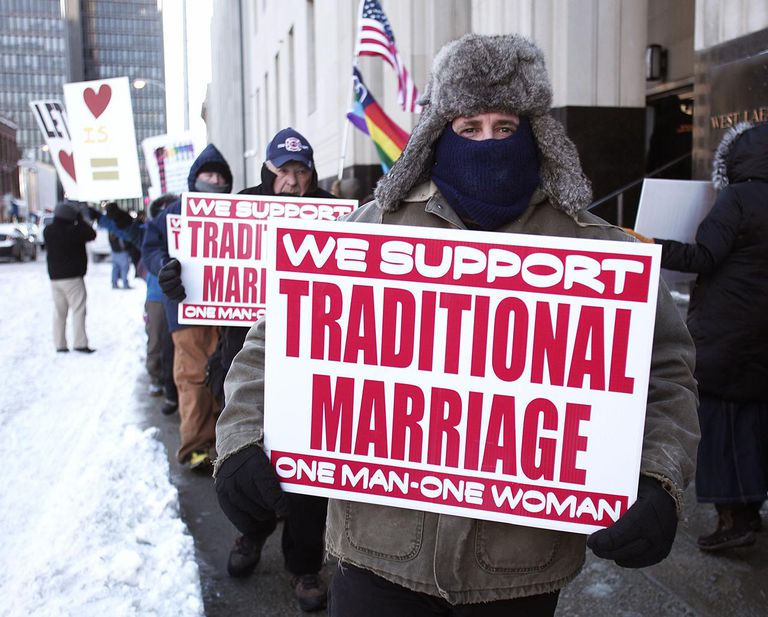 This can be seen by the laws of the communities all of us belong to, when you see countries that punish homosexuality by violent acts, jailing, or the extreme being killing. It only reinforces that heterosexuality is the only acceptable course of life. These are unacceptable and downright inhumane, and you think this can’t happen in our country because of laws that have started passing in the last fifty years. You are right in that assumption; however, it still exists here, and it done much more subtly. Sure, it can be argued that LGBTQ people are the minority and that as such the majorities mindset shouldn’t have to change to placate such a small group. The problem is this very mindset goes beyond affecting only LGBTQ people. Also, we have to realize that not challenging this social injustice is just morally ambivalent to the status of society and wanting to create and environment where everyone is treated equally and fairly.

The very nature of heteronormativity implies the fact that a relationship is based on a ‘masculine’ and a ‘feminine’ person, as such it teaches that the men are the providers and women are the child bearers. Basically, stating that men are the top of the structure and create what is considered normal or acceptable. It creates the power struggle that allows men to believe they are the control in the situation and allowed to subjugate those below his status. It goes further to create standards of what is perceived as the sexual male and female, from how they talk, how they stand, or how they dress. It does not allow for any deviation on those standards. It only allows for a sexual desire between the male of female sex and that only those who physically appear as men can be attracted to those who physically appear as women.

So how has this affected the LGBTQ people? It pervades our very culture and has shaped it over time, whether we want to admit it or not. For gay men it has colored our sexual proclivities. Tops and bottoms, femme and butch are a good representation of it. We have shaped our ideas of how sex should be based on ideas that were taught to us by our parents, school, and environment we have grown up with and lesbians have much the same basis. It has also created the mindset lesbians and gays cannot be friends, old mindset but still happens today. It has given us the ability to persecute drag queens and our transgender brothers and sisters. It is also the very reason why many of us view bisexuals with such disdain. We were taught that sexual attraction can only fit an either-or situation, that anything outside of that isn’t right and should be judged.

There are still plenty gay men who believe that you can only be a top or a bottom. I can’t count how many times I have heard the phrase that versatile means a bottom in denial. Or if they say they are top versatile that they are pretending to be something they aren’t. It is a restatement of a masculine and a feminine role and that it cannot be anything other than that. They are the same ones who argue this is my preference and just how I am, when it is more of the fact that it is what has been taught to us since we were kids. As LGBTQ people, we fight against the molds that society places upon us, to show we are what we are and not a mistake. We fight for our differences while at the same time maintaining outdated modalities that shouldn’t apply to us.

It goes further when you hear things like ‘straight acting’ or ‘masculine’ gay male, as if they very nature of someone who isn’t a perceived idea of what it is to be male is offensive. Why is feminine deemed unworthy of affection or desire? Heterosexism typically implies that being feminine is below being masculine and therefore subpar. Again, we follow a precept of a group that we try our hardest to distance ourselves from while at the same time cow tailing to that very same group for acceptance and justification in our equality. It is the very reason we strive for marriage equality, we feel it would give us the feeling of being normal and just like the happy married straight couple who deserves all the benefits that’s comes with being a married couple.

A challenge for you; Google the word couple and look at the images that populate. At least 90% of the images returned will be of heterosexual white couples. Out of the first page of results, you may see ten images that are LGBTQ and out of the ten one is of a transgender couple. It is a proof that the majority believes that marriage is about heterosexual couples and most focus on white heterosexual couples. Don’t believe me? Watch ten episodes of “Say Yes to The Dress” and count how many minority couples are on the show. This shows the mindset of the general populace and one that we need to actively work on changing.