So December 17th will be Tumblr’s last day for porn. Those of you that may not know, Tumblr is a blogging platform that specializes in pictures, videos, gif, and smaller blocks of text. It is what would happen if Twitter and Facebook had a love child. It became the easy platform for small time pornography, as well as a means to share clips for other sites. Amateurs found it a perfect venue for their content and, if it happens, it will be sorely missed. With the approvals of SESTO (Stop Enabling Sex Traffickers Act) and FOSTA (Fight Online Sex Trafficking Act), many people who were using social media as a means of making a living may be forced into more unsafe areas. 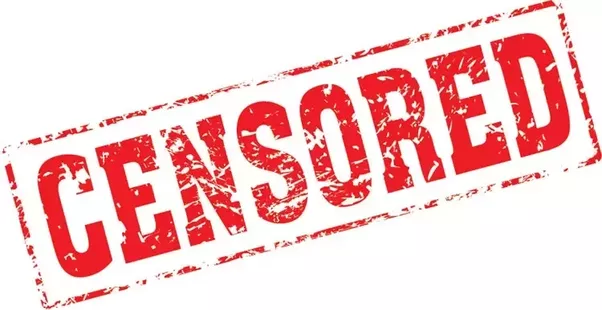 As I mentioned in a previous post, Tumblr wasn’t against adult content and allowed it to be posted. The only caveat was that if you were a frequent poster of adult content you had to flag your blog as ADULT. Explicit content was frowned upon and often times did get deleted. Typically a post would be deleted if someone reported it or the algorithms they used found it. Their Toss expressed that explicit acts of sexuality would be removed, but in the past it was done with a light hand. This started to become more enforced this year when Verizon bought Tumblr.

Tumblr had led many tech companies in the fight to prevent telecoms from slowing the Internet for users who couldn’t pay for higher bandwidth speeds. Also allowing their users to be more determinate of what they posted created a fairly large target for them. They fighting voice for net neutrality started was quieted when their company merged with Yahoo. It wasn’t until they merged with Verizon that many posts started being silenced. Verizon is very much against net neutrality and very much backs the removal of adult content. Verizon also now owns AOL, this gives them a pretty large swatch of search engines and social media options to control flows for their benefit. 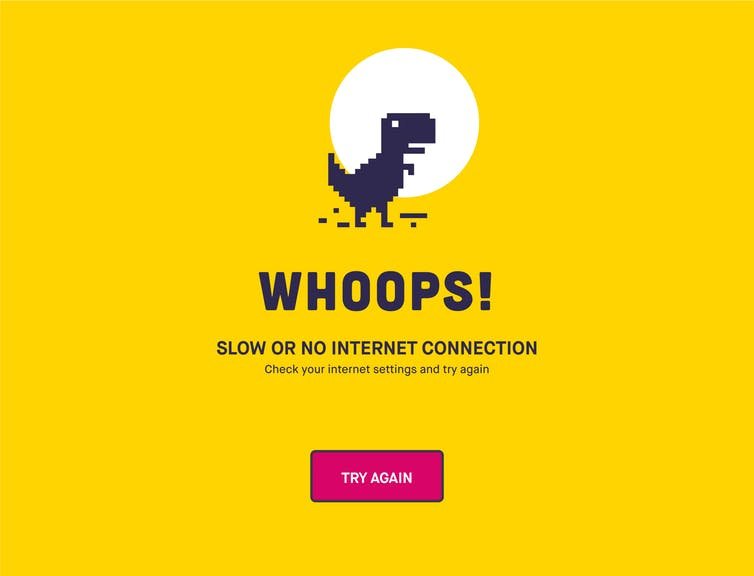 This becomes important under this administration as we are seeing more and more measures put into place for censorship. “According to the National Center for Transgender Equality(NCTE), current laws already grant prosecutors ample powers to effectively bust sex traffickers and to investigate businesses that engage in trafficking. But the law could drastically expand the definition of the offense of “promoting” or facilitating trafficking to include many commercial websites disseminating information for sex workers, even educational guidance, opening them up to lawsuits or other pressure to shut down,” according to The Nation. This could give SESTO and FOSTA the ability to target sites that are offering education services under the guise of helping sex workers or traffickers.

The recent change to Tumblr is also affected other platforms, like Facebook. Facebook as recently changed its content-moderation protocols to crackdown on any sexually suggestive posts. Their policies have changed to include language for discussing sexual positions to posting erotic art. The previous iterations of the policies did not clearly make distinction between sexual exploitation and solicitation. So calling your ex a slut and showing pics they sent you would clearly fall under exploitation, while being in a group and saying that you are going to be at a local bar looking for fun, if interested wear a shirt with a unicorn could be under solicitation. Now, both scenarios are clearly defined under their new policy. This has seen an increase in posts being flagged and groups being deleted. I personally have had a friend been warned and posts removed for content that Facebook said used sexual slang.

According to an article posted on Out (out.com) “In October, the Electronic Frontier Foundation, a nonprofit that works to defend free speech and user privacy, reported that in recent years “policy restrictions on ‘adult’ content have an outsized impact on LGBTQ+ and other marginalized communities.” Many LGBTQ websites and social platforms have felt the backlash from this, seeing YouTube channels being suspended or Facebook pages temporarily banned. These are places that offered safe information about sex to many LGBTQ youth. This in turn can lead to a heightened sense of not belonging and turning to other less safe means of learning about sex and sexual activities. Many of these platforms provided sexual education for the LGBTQ youth and showed that sex could be intimate and soft instead of being catered to the male gaze and phallic centric that a lot of porn seems to be shot in.

A couple months ago, Facebook was shown to have been blocking many LGBTQ ads based on its new advertising policy. Facebook claims this is a small error but it does show failures in the programming of algorithms they use to monitor their traffic. They truth of this is hard to imagine since Facebook, itself, isn’t know to be supportive of the LGBTQ community. Many are still feeling the backlash of the “real name” policy. A policy that did not allow transgender people to change their name as it wasn’t seen a their “REAL NAME.” 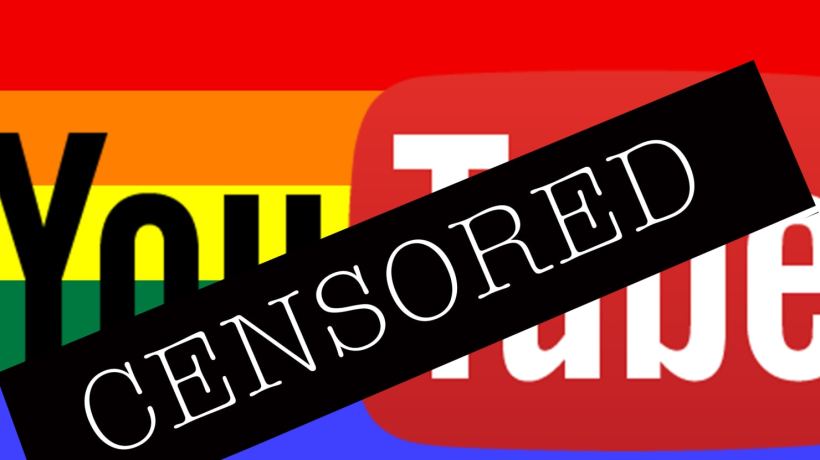 Censorship like this isn’t the only limit. If you are in support for sex worker reform and post about any of articles that are about it, many social media platform see the words “sex worker” and oftentimes flag the post or suspend your account without explanation. There is fear that many of the algorithms used for scanning will not be able to differentiate between diagrams for condom usage, pelvic exams, or porn. This could lead to large problems with sexual educations sites that are legitimately hosted by organizations. Many of the early obscenity laws of America were centered on the teaching of sexual education and contraception.

Eric Leue, executive director of the Free Speech Coalition stated,  “Many people in straight, heteronormative communities don’t understand what the big deal is, because their lives and cultures are represented everywhere,” Leue said. “For those in queer, or niche, or fetish communities, Tumblr was one of the few accessible spaces to build communities and share content.” He also feels that large tech companies need to understand the difference between using algorithms for flagging content and outright banning content versus nuances of media and human regulation. Removing these items from apps stores and online media may not seem huge to the heteronormative segments of the population but it has a huge effect on the LGBTQ youth. 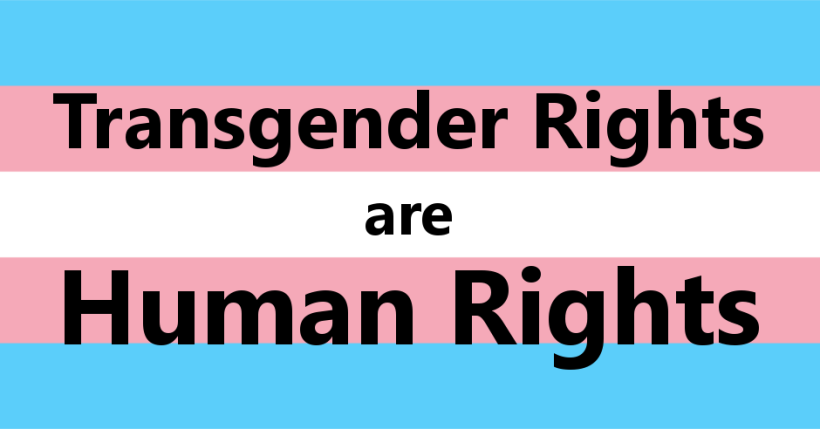 It has not been thought of how this may affect informative educational blogs for the transgender community. Many transgender people have used the platforms like Tumblr and Instagram for showing their lives through transitional images and giving a voice to those who are struggling to find acceptance. These same sites will very likely be the ones that are flagged and banned because of images or text used. With the current president and administration pushing to change laws for LGBTQ it isn’t hard to see that many of these sites will land on the side of safety and remove this content

Censorship is alive and well in America. It is being used as a means of persecution of marginalized people. We have see platforms target images and posts based on to strict algorithm and heavy handed banning when, in fact, the content may not specifically fit the ToS of the platform. This same censorship seems to be targeting LGBTQ people in ways we didn’t think would happen, artwork is being flagged, educational sites are being removed, and our posts are being removed because someone or something things we are using suggestive terms that may relate to exploitation or solicitation. Its time we became more aware of the control these people exert without our knowledge. If not, many aspects of our culture could be removed before we even realize it is gone.