Our current administration has been in office two years and this November 6th marks the midterm elections. This is an important time for each and every one of us. In that two years we have watch LGBTQ legislation that was put into place by Obama be changed and often times repealed. Our voices rise to the very heavens in protest, but are they enough? 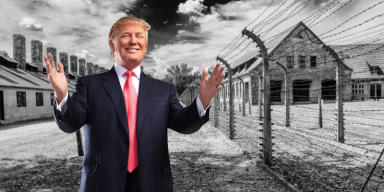 In the last couple months there have been talks coming from DC on how Trump wants to change how transgender people are viewed under our current laws. In short, he is wanting to take away protections based on gender identity and put into place the means to have healthcare, protective status, jobs, public service access, and a host of other services based upon the gender you were born with. With more and more states passing legislation for protective status to LGBTQ people, this will be in direct conflict and allow business and groups who don’t want to support that a mean to circumvent state laws.

The Washington Post posted and article on how Trump wants to redefine how transgender status is interpreted. He says he wants his administration to “seriously” consider changing the way it treats transgender people under the current law, confirming his debate about whether someone’s sex is a biological fact determined at birth. The Health and Human Services Department has also been pushing for a change to the law. Wanting a “fresh and direct aim at transgender rights,” though what is unclear is if they are in support of the alleged Trump reform or for transgender rights. Previous changes made by the Department of Health and Human Services would point to the former.

These kind of changes as to whether gender identity is the same as biological gender will allow much debate on the protection status of transgender people under current laws. This would allow the government to decide our gender identities, rather than how we view our bodies and ourselves. It is clear that many people feel that the Obama administration overstepped their bounds when they enacted laws to offer protection stations to LGBTQ people. These same people are in support of the Trump administration systematically rolling back these efforts.

Here are just a few of the changes this administration has been making to laws that are already in place.

September 7, 2017 the Department of Justice filed a brief on behalf of the United States arguing for the constitutional right for business to discriminate based on sexual orientation and gender identity.

October 5, 2017 the Department of Justice release a memo giving DOJ attorneys legal position to not protect transgender workers from discrimination.

October 6, 2017 the Justice Department released a “license to discriminate” that would allow federal agencies, government contractors, and even private businesses to engage in illegal discrimination based on citing religious reasons.

January 18th and 26th the Department of Health and Human Services started putting into place proposals that would allow healthcare workers to discriminate based on religious or moral reasons. In a sense, being able to turn away someone who was LGBTQ simply because their religion doesn’t accept them. So much for the Hippocratic oath governing how doctors are to treat patience.

February 18, 2018 the Department of Education announced it would dismiss any complaints from transgender students that involved exclusion from school facilities. It would also dismiss any claim based solely on gender identity discrimination.

March 23, 2018 the Trump administration implemented a discriminatory plan that would ban transgender people from serving in the military

May 11, 2018 the Bureau of Prison in the Department of Justice adopted an illegal policy of almost entirely housing all transgender gender in prisons that match their assigned birth. This changed existing protections already put into place.

August 10, 2018 the Department of Labor released a directive for the Office of Federal Contract Compliance Programs that would encourage them to grant sweeping religious exemptions to federal contractors with religious based objections to nondiscrimination laws.

The point of all of this is to state that this administration is working tirelessly to remove any protections that were put into place by the previous administration. This midterm election will have an ability to change the balance of power so that further stripping of protection status and non-discrimination laws will be harder to remove. Every vote matters, your status as a voter matters. Ensure you are registered to vote and then get out there and do it. Get a group together and go vote, take someone with you who may not be able to make it. Ensure that every vote is taken and counted.