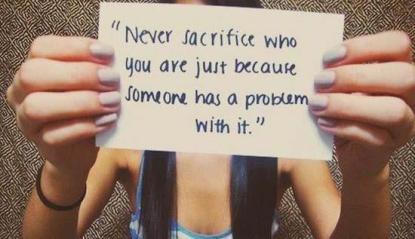 We all have heard it and often times we may even get tired of hearing it, but it is important to come out. It’s important on so many levels and we must also realize that it isn’t a one time event. It is important for others to see us as LGBTQ people; to see us is to know us. To know us is to be held accountable for things they say and actions they do. Our visibility helps those who have not found the strength to come out, it gives them a point to focus on and become stronger.  October is the perfect month to start thinking about this and how it affects you, it is LGBTQ Awareness Month.

Before I get into the normal part of why coming out is important, let’s look at a real life reason. On Tuesday September 25th, Cuyahoga County passed the LGBTQ Inclusive Non-Discrimination Ordinance.  Even though about half of the county already had some form of protection legislation in effect. Everyone in Cuyahoga County can be out and not have to worry about losing our job or our houses. We can hold hands in a restaurant and not have to constantly check to see if someone is looking that may get us thrown out. We can be our true authentic self, for most establishments, and not have to worry about being refused service because someone doesn’t think we fit into their small little religious detailed boxes. We can now legally use the bathroom that is correct for us and not have to worry about our safety. These are very important reasons for us to come out now. But these aren’t the most important reasons.

During this hearing many sides were able to voice their opinion. Many communities spoke out for and against this ordinance and why they felt it was important. None gave me grater pause to stop and think than a member of the African American community who spoke out against this ordinance because she knew we chose to be this way and felt we should not have “special rights.” Which, point of fact, are the very same rights she already has. The sticky part for me is when she said, “Choose to be that way.” Yes I know, this isn’t a new argument, it’s the one that is trotted out every time the LGBTQ community stands up for themselves and demand equality. History isn’t teeming with examples of abuse, prejudice, inequities, and inequalities we have suffered. Why? Because our very being isn’t always as easily spotted as heteronormative culture likes to say. Modes of dress, speech styles, rhythm affluences, and mannerisms often aren’t so easy to spot. Because of that the same heteronormative society says it’s because we choose to be this way and only recently wanted fairness.

LGBTQ people were there in the concentration camps, right along with our Jewish allies. We have been hung, brutally beaten, rape d, and murdered in horrendous ways right along with other minorities.  We stood in the same lines, walking the same streets as our African American brothers and sisters. There were many LGBTQ people who were advisors to Martin Luther King, Jr and Malcolm X. We fought for racial equality knowing it was still illegal to hold hands with our loved ones in public. These are the most important reasons we should come out, everyone of us. We need to show the world just how many of us there are and stand in unity with all those who fight. You want to shape the world for the future? These are the means to do so.

Coming out is and should be a daily event.  I know what you are saying; I just want to live a normal life and to be accepted. What you really are saying is that you want to blend in and not be noticed and that is equal to going back into the closet. You may even argue that heterosexuals don’t come out everyday, but I challenge you to reconsider that thought. The world is tailored around a heterosexual mindset. Media caters to their sexuality, movies highlight their lives, artists write songs about it, and even the government is accepting of this as the right way to live. While it is only the tip of the iceberg.it is not the reason this post was written. 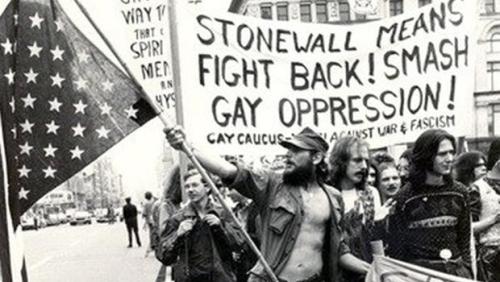 To constantly live in hiding does damage to ourselves, so coming out is important for our well-being. It’s about accepting yourself as a valid person and beginning to love yourself. This starts the ‘healing of self’ process and is key in being able to allow someone to love you for who you are. We all have heard it at some point, “if you don’t love yourself, how can you expect someone else to love you.” It’s a watered down expression, but what it means is that everything interaction we have in our lives builds a relationship. The first relationship we foster is the one with ourselves. Many times, we cannot even look at ourselves in the mirror for 30 seconds without passing judgment. Learning to love and accept yourself isn’t an easy or overnight thing. In fact, it will probably take all of your life but you can make a start.

Inner homophobia is hard to overcome and it comes in many guises. The easy ones are when we hate ourselves because we view ourselves as not what others expect us to be. We see it too important to base our worth on what others think of us. That is the most evident ones, but there are other deeper ones many of us still carry. Congratulating ourselves on our coworkers not being able to identify us as gay, when you feel good that someone praises you for having straight friends as well as gay friends, or when we let go of our lovers hand in public when we walk into a group of heterosexuals or when children pass by. We also see this in our dating apps and profiles, “masc seeking masc,” “straight acting seeking same”, or even “gay but doesn’t act it.” These are examples of internalized homophobia. The same as just wanting to be viewed as normal and not having to say that you are LGBTQ. We shouldn’t have to feel dread or stay out of the conversation when someone asks us about your weekends. If they talk about what they did with their spouses in comfort and ease, we too should be able to.

Now before you start saying, “damn it Keith, I do not need to run around waving a rainbow or equality flag every time I have a conversation.” You are correct and that isn’t what I am saying, exactly. Here is an example, you are at your normal Monday morning staff meeting and they are doing the “what did you do this weekend” recap, as it comes to you can say that you and your spouse was doing whatever. Calling your spouse by name allows others to make the connections themselves, much the same way you do when Ted says that him and Sarah went to Olive Garden for their anniversary. You make the conclusion that Sarah is female and his wife, whether that is the case or not, we do know that Ted has a connection to Sarah. It is the casual conversation that should be undertaken to have the coming out moments. Why should we shy away from sharing about our personal lives simply because we are in a same sex relationship? You don’t have to wave a flag, but you shouldn’t have to hide it either

This being said, sometimes it is truly not safe to come out and for those times I would tell you to consider your options before making that move. If you are dependent upon parental figures for your survival, then wait until it is sustainable for you to be on your own. If the place you lie in would react hostile to you coming out, then it may not be the right time to open up. However, if you are in any kind of abusive situation, you need to get out. Your safety is always first. There are resources available to help you, please seek them out. It takes bravery to come out and many times people just don’t have the support network to find that bravery. Do not put yourself at physical risk to be brave, there is always a time and place.

I stand here in support of each and everyone of you. If you ever need someone to talk to, you can always email me. I will listen to you and support you for your True Authentic Self. No struggle should be done alone, you always have support. Email me if you need.