I mentioned that I came from a small town in southwestern Virginia, in a previous post Cleveland Dating Woes. I don’t regret it, it was hard growing up there but I wouldn’t have changed it. Afterall, I met my first love there. So it cannot be all bad.  Dating was so easy, when I first came out. Going to the only gay bar in a hour’s drive in any direction meant I was fresh meat. They knew when you walked in if it was your first time. Blood in the water and the sharks are circling. My sex life wasn’t all that bad either. Small towns gave you the ability to develop close friends that could help you out when it was needed. No drama, nothing expected.

Now that I live in Cleveland it can be a bit daunting. I have found that Southern Men are much easier in a lot of ways. Our customs and mannerisms about things, like dating and sex are different, When I think about it, all that comes to mind was an episode of Golden Girls where Blanche Devereaux is telling the rest of the girls how southerners develop sexually. She said it was because of “The Heat.” It’s true, in a way. Plying you with subdued conversation and innuendos tends to move things along.  Men in Cleveland, at times, seem to lack the necessary conversational skills to properly motivate someone. Maybe it’s the city life, the hustle and bustle. I love a little romance; whether it be talking or wining and dining. I need a little conversation. Sure Elvis crooned that a little less conversation is preferable, but that’s only when it time for it.

It’s a larger population here, so trying to find what I am looking for isn’t as easy. That means there is more, per capita married straight men looking to spice up their sexual repertoire. I prefer my men to be a bit more available emotionally. Meeting people still remains hard for me; I stand at about 6’4” and have a larger build, as you can see from any of my pictures on here, short hair, and a beard. So at first glance, most think I am straight. This rarely helps my situation.

Gay men are fickle creatures, we have fought for our right to get married, and for some that is a good thing. But our roots come from many partners. I am not saying that Gay men never stayed with one person, but our history does show a penchant for random hookups with men. A lot of that stems from the fact that until recent history, it was illegal to be Gay. Being in a bar that was classified as gay could get you arrested. Sex with another man, fell under sodomy laws and came with a jail sentence. So, furtive and quick hookups were commonplace.

Because of this thought process, many people still think that is how Gay men should be. Not tied down to one person. I’m not here to tell you what is or is not right, that is only for you to decide. Neither is wrong, they are only different sides of the same coin. I only point it out to show how hard dating can be for Gay men.

I tend to be more cerebral when it comes to things involving dating and sex. Being someone who is particularly loquacious, I like a little of that back. If you can talk to me in those dulcet tones, you win me over much faster than just saying things like “sup.” Think about your words and give me eye contact and you got it. Now that you know my secret, i expect to see it put into action. Challenge has been given 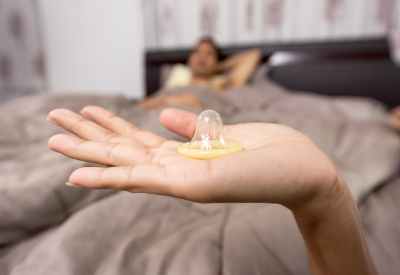 Photo by rawpixel.com on Pexels.com