Transgender people are often overlooked in our LGBTQ community and in the community at large. Animosity and misinformation is at the root of how most people interact with them. In this administration where much of the legislation being changed seems to have a direct correlations to Transgender rights, I feel it is important to be able to share some of their stories. It is time for us all to set our differences and beliefs aside. We must unite and fight this administration before it removes anymore from us and we lose all the progressions we have made. So join with me as I share some their stories and lets celebrate their fight and stand with them.

Ginger is Transgender Woman, known in the CLE transgender community, and does some activism. Ginger has been involved in organizing the Metro Health Transgender job fair for 3 years and works to educate medical students, nurses, and others on caring for transgender patients. Strong in her convictions, Ginger was the first to step forward to help me with this project. I am honored to share her story and hope that it will shine a light into the misconceptions and misinformation surrounding out Transgender community. 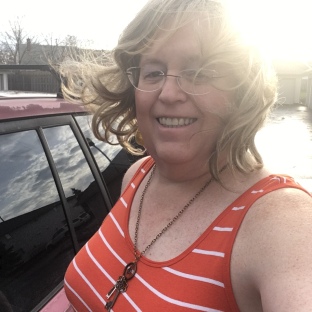 Tell me about yourself. Name, age, where you live, and what you do.

I am Ginger. I grew up in Painesville then moved away from Ohio for 3 decades. I came back to Cleveland in 2010 and I currently live in Brooklyn. I am a teacher, I work with medical technicians teaching them to draw blood, read EKGs, provide patient care and do medical billing and coding.

What does transgender mean to you?

Transgender is an umbrella term that means moving away from the gender they thought you were at birth and toward the gender of your mind, soul, and spirit. While I personally identify with the gender binary (male/female) others are non-binary or float between the two.

What are some common misconceptions you face about Transgender men and women?

Some of the common misconceptions I’ve encountered include the belief among some that gender is rigidly determined by the XX/XY chromosomes and nothing else. Modern genetics identifies at least 25 genes and alleles (genetic switches) that impact gender, and intrauterine hormones during pregnancy have a powerful effect on neurological development.

Oh, and “cisgender” is not an insult. It simply states that a person continues to identify as the gender that was declared, based on a cursory external physical examination, at birth. You are not considered normal and I am abnormal or other; you are cisgender and I am transgender.

Desistance is the idea that most or many transgender people or transgender kids revert to their birth gender, or regret transitioning. The latest research puts the number at less than 2%, while the number of people who have tattoo regret is above 30%, and marriage regret is about 50%.

Possibly the biggest myth is that transgender people are mentally ill and can be cured with some form of conversion therapy. We’ve already settled that conversion therapy is nothing more than torture. But, beyond that, until very recently access to transition required months of therapy and mental health evaluation by multiple professionals… It can be categorically stated that “transgender” is not a mental illness. In fact, based on the regret statistics, people who want tattoos might be best to undergo extensive mental health evaluations and be required to provide a letter from a psychologist and a psychiatrist to confirm they really want ink and it isn’t a passing phase. 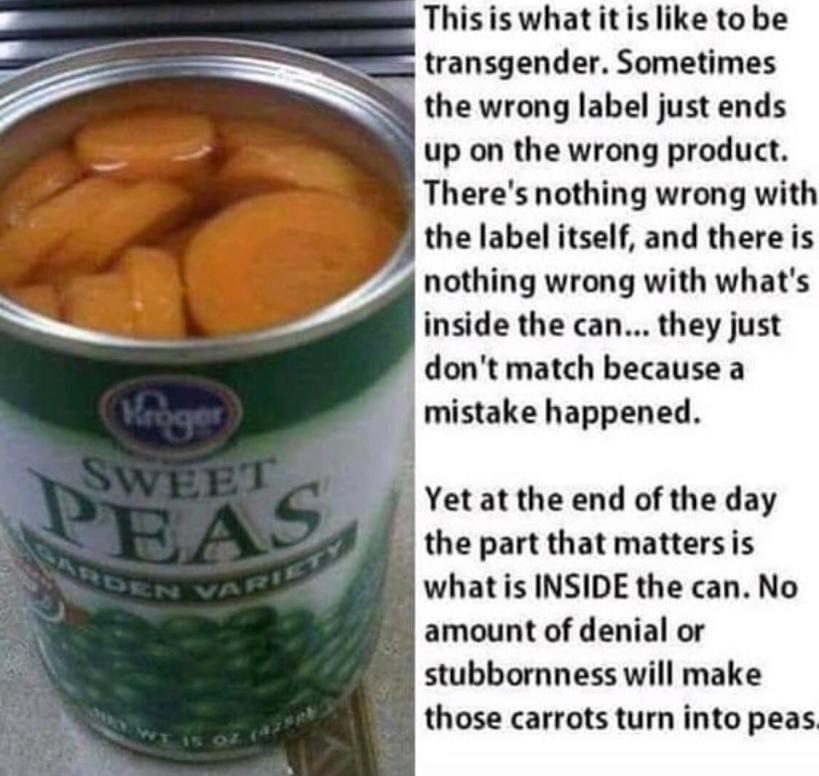 How should someone ask a Transgender person which pronouns they prefer?

Pronouns are tricky. I am a woman, 100% of the time, and I blend with other women 100% of the time – to the point that at my last three medical appointments at clinics I have never been to the nurse has asked me if my hormones are due to hysterectomy or menopause. So for me, personally, being asked my pronouns is disconcerting – it causes a lot of paranoia.

I do teach, however, that when in doubt the polite thing is to say something like, “Hi, I’m Ginger and my pronouns are she and her. Can I get your name and your pronouns?” Asking about pronouns should be equitable instead of othering or demeaning.

Do people ask you if you have had any surgeries and how does that make you feel?

Asking about surgery is always a huge no-no. My response is icy polite and goes something like, “You want to talk about genitals? Cool. Since you started you can go first. I will ask you a complete history of your genitals, starting with appearance and current medical problems, and then going into development, sexual history including masturbation, intercourse and experimentations and orgasmic response, sexually transmitted infections, and then finally probe your psycho-sexual hang-ups. I have a medical background so I will be clinical and very thorough. When I am satisfied you can ask your questions. Okay? “I’ve had to use it three times, and each time the person backed the fuck off. If you want to know how the surgery works, Google has plenty of information. If you want to be a voyeur about my genitals it becomes a wide-open two-way conversation.

What are things that we should avoid doing with Transgender person?

Besides not asking questions about our medical history, don’t make a big deal about us being transgender. Your friends don’t need to know when you introduce us. It has no place in normal conversation and shouldn’t normally come up. Don’t ever use the words “tranny” or “he/she” or “trap” or any of the other common slurs, because I will cut you.

What has been the hardest part of your transition so far?

The hardest part of my transition is accepting that I cannot have certain experiences in this body, at least with the current state of medicine. I can’t get pregnant. That, alone, took me the edge of suicide – I have a screaming empty void down deep inside that will not, in this life, be healed or filled. Even touching it this little bit brings terrible pain and darkness.

Tell me about your normal day?

My normal day is… normal. I get up. I get dressed for work – including light makeup and doing my hair- and I go and teach. I socialize with friends. I go to the store or run errands. At night I come home and wind down and read or watch some TV and go to bed. I take some pills, daily. Yes, estrogen and progesterone, but also for diabetes and blood pressure and a multi-vitamin. My life is little different from my neighbors. 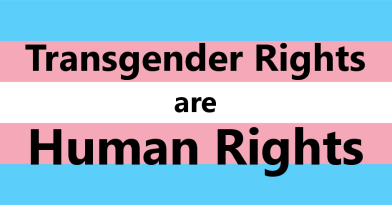 What are some microaggressions that make you feel unsafe?

Microaggressions have become pretty simple: Trump supporters. I was talking with a coworker, a nurse, a few days ago. She made an off-hand comment, out of the blue, that she wishes Trump would hurry and build the wall because it would take care of so many problems. With that simple statement she became totally unsafe for me, personally and for people I love and for many of my students who are immigrants or who are not clearly white.

Beyond that, since I am rarely seen as transgender, I’ve been alternately bemused and infuriated by the micro aggressions I experience as a woman on a daily basis – being interrupted, dismissed, subtle put-downs, and so on. I’ve also seen some micro aggressive behavior because I am open about being a witch – being told I am going to hell or that I am a danger to children or that I should be burned at the stake.

I am a cisgender gay male, and always want to know how to be a better ally for trans* individuals. What are some things I can do to aid in trans* visibility and helping to create a safe environment, based on your personal experience?

Remember that “identity” and “orientation” are two different things and should not be conflated.

Remember that the first two Pride events were riots started by transgender women. When the government – at any level – mistreats us, they are warming up to come after you. When a company or a coworker or some random on the street mistreats us, they are looking at you, next. You will not gain points by trying to appease the Religious Right, the Neo-Nazis, or any other group of bigots. 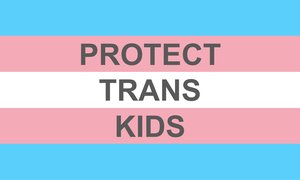 You can support children by believing them and accepting them. Somewhere between 3 and 5 years old kids have a firm grasp of gender and know where they fit – try to convince a kid in that age range they are the opposite gender and you’ll get a massive push-back. Trans kids are exactly the same – they know who they are, and they don’t care about the genitals.

Understand that the key is “insistent, persistent, and consistent.” They insist and cannot be dissuaded. They persist over time. Their claim is consistent regardless of situation. It is not even remotely like your kid who pretended to be a dinosaur one afternoon when he was 5 years old.

Do people question your sexuality when you tell them you are Transgender?

Publicly, I openly identify as pansexual because whom I am attracted to is open for sharing, but my medical history is not open. So I usually do not get questioned. When I am in teaching mode I explain the difference between sexual orientation and gender identity. It can be friendly conversation or deeply pedantic depending on the situation.

What are some common misconceptions about Transgender people portrayed in Hollywood?

Real transgender people are like Nomi Marks of Sense8 minus the cool powers, and Sophia Bursett of Orange is the New Black, minus the orange jumpsuit. What I want to see is transgender actors and actresses being offered mainstream parts where their medical history is not important because they can simply play the part needed. I mean, if Neil Patrick Harris can be accepted as the womanizing Barney Stinson on “How I Met Your Mother” and Jim Parsons can be accepted Sheldon Cooper on “Big Bang Theory” and Sara Gilbert can be accepted as Darlene Conner, then transgender actors can play cisgender characters.

What gives you strength day to day?

My daily strength comes from my innate sense of self: I am Ginger, I created myself and here I stand. It comes from The Morrigan, the Celtic goddess of War and Sovereignty who walks with me daily. And it comes from a circle of people who I love and who love me unreservedly.

Can you describe for me why it is important that our laws and people treat each other equally?

We know what happens when we allow the legal mistreatment of some at the demand of others. As Martin Niemöller warned, “Then they came for me—and there was no one left to speak for me.”

That is enough reason. 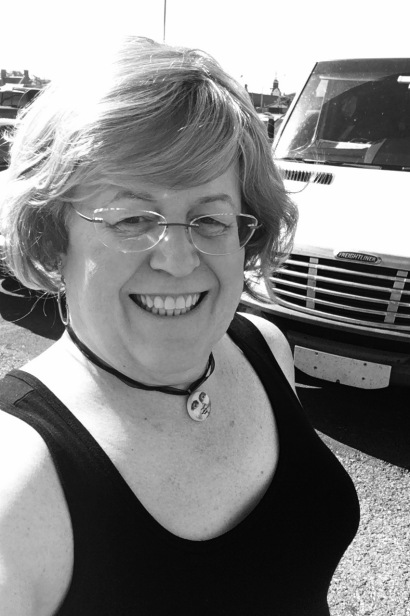 *All images for this post were provided by Ginger and published through permission from her.*

One thought on “Our Transgender Community: Ginger”