Ok, ok, before you start into me this picture does not represent my personal viewpoints in any way!

We have all heard people say this before and I cannot tell you how much using “normal” really irritates me. Its a term that has become thrown around a lot more recently. I have seen it as a way to describe people that aren’t LGBTQ, heterosexual marriages, and a cavalcade of other derogatory means of segregating people. Granted the term has always been a somewhat divisive term. So why would we want to use that term at all to describe any LGBTQ person/group?

Where are the normal gays?

So let’s take a step back and look at why this term is even used. Coming to terms with being LGBTQ is hard, I fully understand why it’s difficult. Growing up, we are usually given LGBTQ characters on television that are stereotypes of how straight culture perceives what we were like. We see growing up that men who act feminine are automatically called gay and if they are gay they become targets. Since we already know we are different we don’t want to draw any more attention than needed. Masculinity is fragile, if you do, say, look, or act a certain way you are labeled as gay, and to correct that is nearly impossible. We are taught that hypermasculinity is desirable. Knowing how to fix and build things, hunt and fish, or to be somewhat rude and belligerent are favorable because they are perceived as being masculine.

It’s no surprise that young gays want to maintain that image so they are harassed less. To appear like what others perceive as masculine, even if we link men, prevents us from being targeted and we hope that it will allow us to be accepted easier. The truth is that being normal is only a perception and not a reality.

Being yourself is King!

Some of the most well adjusted gay men I have met in my life are the ones where they had parents who supported them being different. They were taught self-respect and courage at a young age. They had parents that encouraged them to be who they are and to explore life with that mindset. I was not raised in this kind of environment. My mother tried her hardest to teach me self respect and courage while at the same time I listened to my father make faggot jokes. He was the father that repeated to be a man you have to get dirty, know how to do manual labor, drive a stick, be mean, and not take shit from anyone. I had two older brothers who, by their friends’ standards, were how men were supposed to act. Both were hypermasculine and targeted guys who were “sissies.” In school, they barely even gave me a second look because I didn’t try out for football and was a bit more awkward and geeky. To this very day, these are still lessons I am unlearning.

Imagine how well received I was in my fifth-grade year and my first real celebrity crush was the pop icon, Michael Jackson. To this day I can remember sitting with my two best girlfriends, Lisa and Kim, talking about him and his music and how much we loved him. I thought it was perfectly normal. Because I wasn’t overly sports-minded or talked about things other fifth grade boys did, I was labeled a momma’s boy, a sissy, a weirdo, and countless other hurtful words. I already knew by that age that I wasn’t like others. I hung out with girls and even called a few of them my girlfriend because it attracted less attention. I honestly just never fit in well and I hated it. I laid in bed at nights praying to whatever god would listen to make me normal but nothing changed. 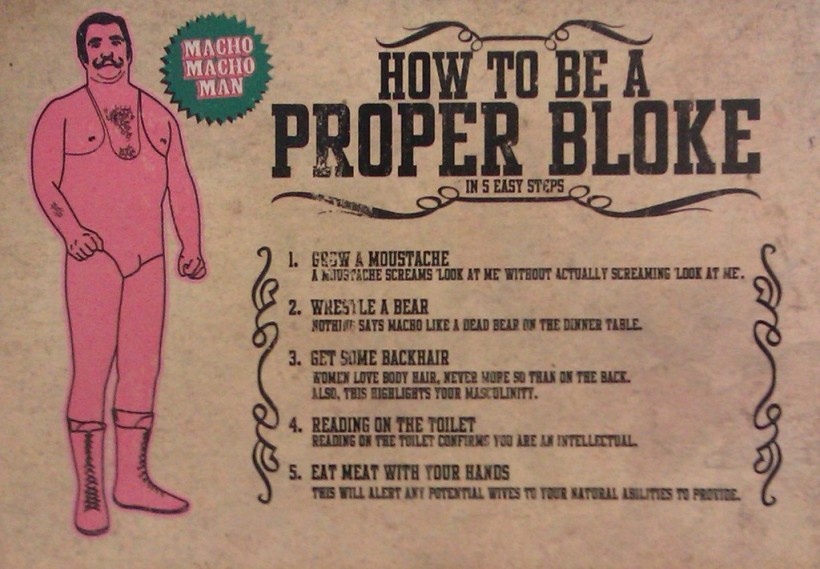 It is a fact that normal is about conforming and being average, it’s about doing what is expected. Who sets up what these standards are? Are they ever reviewed and changed? Who decided this is what we all would ever want to be? If everyone followed what was normal we would have never had artists, musicians, writers, or actors. These are all people who went against what was considered normal. Why should the rest of us have to settle for a model that is outdated and hindering?

It truly bothers me when I hear someone say I’m a normal gay man. What you are really saying is that you are feeding into this heteronormative hyper-masculine mindset. That you like guys but you are “gay,” which is your code for saying feminine or flamboyant. When what you are really saying is that you aren’t pathetic or weak. We don’t need negative adjectives to describe  queer people. Yes, I fully accept that there are different types of people and also LGBTQ people. My point here is that we should not be using this term as a descriptor to who or what we are. This is a prime example of where labels are bad. 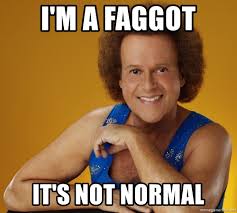 My challenge to you is to be the best possible person you are and the truest LGBTQ person you can be. It is better to treat others the way you want to be treated and treat yourself as the most important thing in your life. Let go of the labels that can be dehumanizing and segregative. We need to embrace others for their differences and lift them up for being the best person they can be, not tearing them down for those differences. Let’s work to stop using normal as a description of who we should be and instead work on accepting our differences and being proud of them.