Simple touch can have an overpowering effect on a person. According to Psychology Today, “humans have developed complex languages, cultures and emotional expression through physical contact, be it warm handshake, a sympathetic hug, or a congratulatory pat on the back. Our skin is our largest organ and very responsive. The warmth of something as simple as holding someone’s hand is translated through our physiology as ‘I care’.” We often forget how important touch can be in our intimate relationships, as well as our daily interactions.

Sure, one can argue that the act of sex reinforces touch, but it is not the only form. Non-physical intimacy is equally important, after all touch is a form of communication. It can reveal someone’s current mood or even their stress level. Just grazing someone’s skin causes the body to release oxytocin which is a hormone that creates feelings of a bond between people. This simple hormone is great for bringing you and your partner closer together, physically and psychologically. 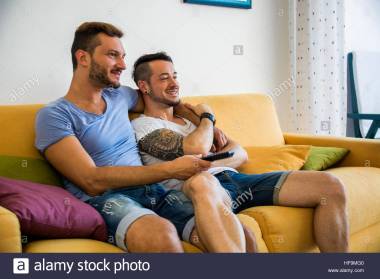 However, this non-verbal mode of communication is often misunderstood by many. What is considered acceptable forms of touching can vary from  place to place and people to people. Many people use personal space buffers to keep unwanted touches away, but those buffers can also be misread. In general, Americans show uncomfort with same-sex touching, more so between men. Unless it comes to the back pat/slap, this is often used as a sign of encouragement or acceptedness. America prides itself on its wide open spaces and none are truer that with people own body space. Many cultures comment on how we seemed touch deprived. So much so, that it seems weird to visitors when they have to move by someone and if they accidentally brush against them they are supposed to say “excuse me.” Many other cultures are even more accustomed to have men hug one another or even hold hands in the street.

As I have said in many posts, I grew up in the south. By most standards we are a very genial group, we smile a lot (not me all the time), handshakes are a sign of strength, and we even engage in communication with strangers (again, not necessarily me). But when it comes to touching, it seems like a different story. Hugs are reserved for close relations or friendships, the latter is more if you haven’t seen someone in a long time.  Even here, many times a handshake is the more preferred mode. Seeing people act this way creates a mindset in you in how to act and it can be very difficult to overcome. I would say that as I started dating I wouldn’t have called myself a cuddler. Holding hands was okay, hug and a kiss when you see your partner, and close contact during sex were all acceptable. But post coital cuddling used to be something I was more put off by. Sitting on the couch watching movies, I tended to keep a small amount of distance between me and them. That has changed a lot in the last decade.

Being that touch is so vital for relationship success, it is no surprise that it has been adopted as a form of treatment for many sexual therapy programs. Non-sexual touch can be seen to have a more dramatic effect in the healing process than using just medication or psychotherapy. There is a noticeable effect that non-sexual touch can have in lowering stress, anxiety, and help with lack of communication. Reinforcing touch can also help prevent them from occurring in the future. Dr. Justin Lehmiller, author of Sex & Psychology, believes a good way to start affirming touch in a relationship is by massage, non erotic. This gives you an amount of time that you can set aside to focus on your partner’s needs and listen to their verbal cues. This builds and reaffirms trust.

For me there is a song by an artist called Kehlani that sums it up and will end it with the video and some of the lyrics. “There’s magic in your hands. Ooj, you got me in a trance. Your love is like a wind, dancing across my skin. We don’t even need to talk about it. More love, less talk, more love. I like it when we talk, but I love it when we touch.”