If i said to you that the reason children become LGBTQ is because their parents abused them and then turned around and sent my kid to counseling for being gay, one would think I abused my child. What we often forget to realize is the impact our words can have on others and beyond our current time, words can be far reaching. It is already bad enough when we here strangers passing along hate speech and ignorance, but it often can sting more when those elected officials also spout it or seem to encourage it. Take for example our current “President” who runs around claiming to be a friend of the LGBTQ people, but we see him pushing legislation that will support churches financially if they refuse us service. We see places of business rewards for their following of religious dogma instead of general human rights. And can even see the duality of words in representatives offering support in torturous events like conversion therapy. We need to use our words to put a stop to it.

Paul Gazelka – R Minnesota Senator recently stopped a bill that would have, in effect, outlawed dangerous conversion therapy in his home state. Gazelka spoke in length about the need to keep conversion therapy legal, his big defense was that bad parenting is what turns kids gay. These comments were made on the Truth & Liberty podcast that is co-hosted by televangelist Andrew Wommack who stood in support for the Ugandan Bill to Kill The Gays. When an interviewer asked Gazelka about how to fight conversion therapy bans, he misquoted the law and said that it would ban counselors and pastors from talking about young people’s sexual feelings of identity. He went on to say that if a minor were to engage them in unwanted same-sex attraction that they law tell professionals to not offer any help and just wing it. The actual law stated nothing close to that and in fact only prevented them from attempting to change the patients sexual orientation, not offer real help to those struggling to accept themselves.

Gazelka went on to condemn homosexuality as a sin and that many can find total freedom from counseling, in fact it is proven that most people who go through conversion therapy do not change their sexual orientation. He tried to tell a story of a woman who identified as a lesbian because her father chained her to a toilet and raped her for years. He has also inferred that men become gay because of an estranged relationship with their fathers. These types of theories have been debunked over the years and no correlation can be found to prove they ever existed. It has come to light that Gazelka sent his non -binary child into conversion therapy, not once but twice. The first time was to the Marcus Bachman, husband of Michelle Bachman (R-MN), clinic. He went on to push his child to the Janet Boynes Ministries, who help those trapped in the sin of homosexuality. Gazelka claims he did not send his child into conversion therapy, but enrolled them for “healing.” 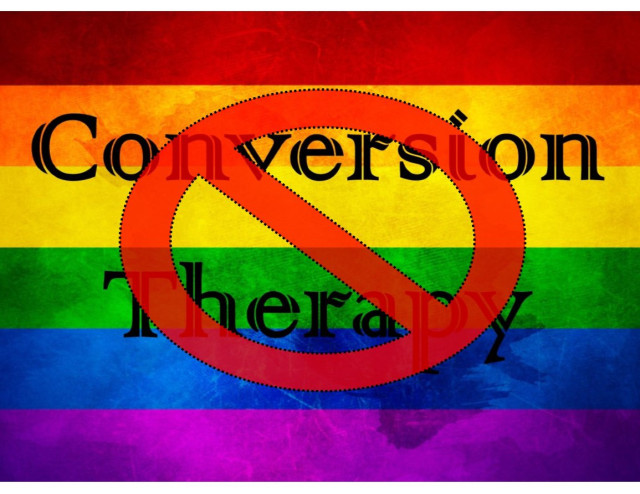 Recently, the news has spoken in the increase in anti-LGBTQ bills that are being brought up at the state level. Republican are setting the stage for stopping things like gender-affirming health care for minors. We have seen states like Arkansas, Florida, Illinois, Missouri, New Hampshire, South Carolina, South Dakota, Tennessee, and Texas restricting young transgender people access to health care. Florida and South Dakota are trying to make it a felony to provide puberty blockers to minors, which puberty tends to start around the age of 18. State Rep. Brad Daw ® is wanting to introduce similar bills in Utah stating that he is trying to prevent minors from making permanent changes to their lives.  Transgender activist Sue Robbins wants to see these bills fail, stating that these blockers are meant to buy kids time before their bodies undergo permanent changes that could make it harder to transition later in life.

Many states are introducing bills that are attacking transgender students’ abilities to compete in sports in their gender, instead stating that they would need to compete in the gender assigned to them at birth. This bill seems to target trans females more than males Georgia Rep. Philip Singleton ® introduced the Student Athlete Protection Act which states that biological males must not participate in individual girls sports and biological females  may not participate in individual boys sports. The bill does not go on to define what “biological” means. He states this bill is meant to allow everyone to compete “fairly”

We are seeing more bills being introduced that focus on bathrooms and gender segregated facilities. Kentucky wants to ban transgender people from using appropriate facilities in schools, where Massachusetts wants to only allow people access to bathrooms and facilities associated with their “anatomical sex.” Tennessee and Washington Republicans have introduced bills that would make it indecent exposure for a transgender person to use the bathroom and other facilities assocaited with their gender identity instead of the birth assigned gender. Arizona is introducing bills that will ban school officials and teachers from using correct pronouns for transgender students. While many are not expected to pass, the kind of damage these words reap in the long run is immense. 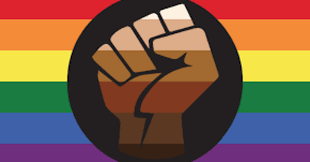 Words have power and carry intense meaning for a lot of people. You can say that words only have the power you give them, but all to often there are plenty more people giving them power. We have become a society that is easily swayed by the power of from those who seem to have power. When officials use hate speech to garner votes and power, it only adds to the incredulity of how far reaching their power can have. We seem to have lost the ability to think for themselves and opted for being instructed what is the most important thing to think on. We need to wake up our sleeping selves up and regain our freedom of speech. We need to realize the damage these “supposed” people of power are doing to our world and take it back. We need to be the ones driving the change and not being told what change is best for us. Rise and Resist.