Are you registered to vote? I know you are probably thinking that I have lost my mind asking this so early in the year. But it is important to know if you are, especially since last year Cuyahoga expunged a large amount of people from the voter rolls. So you really should know your status here, as well. The other reason it is important are the events that are coming up very soon. March 17th, yes I know its St. Patrick’s Day, but it is also the Primary Election Day. Because it falls on St. Patrick’s Day, many voting locations have been change, so it is imperative for you to check to make sure that you know where you need to go to vote. April 1, 2020 also marks the first day of the Census in Cleveland. This year we have seen that LGBTQ centered questions have once again been removed and any mention of gender identity. And lastly, November 3rd is the general election for this year. It is imperative that you are registered to vote and then get out and vote. 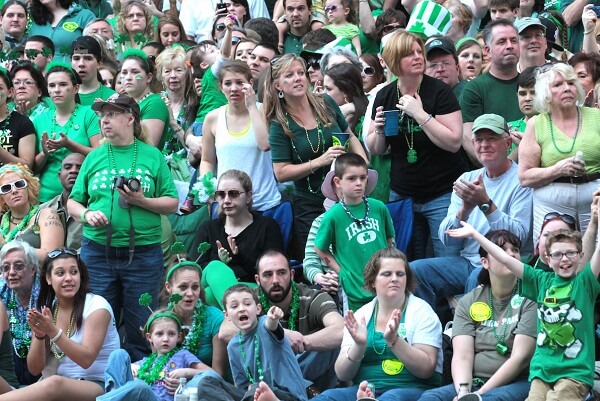 We have seen how this town, as well as many larger cities, gets on St Patrick’s Day. Imagine that drunken debauchery magnified by people trying to vote. And Cleveland loves to point out that our celebration in one of the largest in the country, drawing somewhere near the hundreds of thousands of people. The Ohio Republican Party snuck the date change into a massive amendment set before the Senate, this amendment included the state budget for the coming year. State Rep Bride Rose Sweeney is a Democrat who noticed the bill, “It would to me be such a hindrance to people voting — people who don’t already vote in primaries. I am very concerned, and I’ve brought this up with my colleagues.” It is hard enough to draw people out to a primary election but add the added frustration of trying to get to your normal polling station with the thousands of people attending the parades and wandering around bar to bar getting their ‘Irish on.” Add to that people showing up to their stations drunk and trying to vote.

Remember that you do not have to try to find the masses to vote, Ohios is a no-excuse early voting state. You will be able to get in early at the Board of Elections to cast your vote. Also, think about mail in ballots. Need help on where to go to vote? Check out Cleveland Votes on Facebook. (Facebook.com/ohvotes) or got to Vote.org to check if you are still registered and where you can vote in this primary. Make your voice heard, get registered to vote, and then get out to vote.

We have watched as this administration, with Trump at its helm, do what it can to erase LGBTQ people from people’s minds. This year we will see it when it comes to the US Census. The government has said that there will be no section for gender identification or sexual orientation. Some may ask why is this self identification important and does it really affect you, the short answer is yes it is very important. The census compiles a list of people based on where they live and how they identify, these results are used to decide how resource distribution, representation, and, yes, LGBTQ protections are decided. If every LGBTQ person does not identify on the census, the city can say that they don’t seem to have a need to allocate monies and time for the protection of LGBTQ people and their resources. This in turn effect programs that are offered to the public. We just recently saw how money was pulled from the area for AIDS/HIV. Cleveland has a history of not supporting its minority populations already, so this shift in language is important to future distributions.

We have endured almost four years of Trump and the dumpster fire of a bad Jerry Springer show that is called him presidency. November 3rd of this year is the time when we will have the ability to cast our votes for a new president. It is essential that we all get registered and take the time to go vote. We have seen EPA protections reversed, we have watched deals we have made with nations dissolved in fiery blazes. We fully realize that something needs to change. The only way to do that is to get out there and make your voice heard. We have made so much progress in fifty years that watching it being stripped away should be a catalyst enough to stand up and fight for our very rights.

This year we do not have hot button topics like gay marriage to push candidates to one favor or another. What we do have is the horrible state that our country is in because of the current administration. It sets the table for what is to come in the next years, if we do not get someone back in office that can rectify the damage done, we could be going down a path that we might not be able to save ourselves from.

This is the time, and you have the ability to shape the next four years. We cannot sit idly by anymore and watch cisgender heterosexual people make laws and decisions that directly effect how we live and and interrelate with others. We need to make sure that our voices are heard and that there is enough money to support those in need and provide resources to help those that require them. You are the ones that can do that, whether you choose to believe it or not. Register, vote, and make your voice heard. It is time for us to rise up and resist the things that are being done to us.