It is August and the summer is officially winding down. The days have already started to get shorter and the air has taken on a different quality. These are the last days for getting away, partying, and enjoying youthful behavior before fall sets in and all of our clothes have to go back on. Summer has always been a party time for gay men and why not, it is a time for us to shed as much clothing as possible and just have fun. Since it is Friday, I thought I would discuss some of the places that were really popular for gay travel. Now, they may still be today, but this is more of a history lesson. 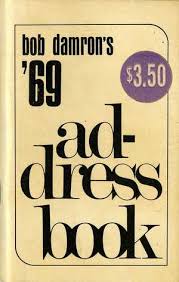 Before we start into places, let’s talk about how things were before the internet made everything within our fingertips. Growing up gay, you often had to depend on word of mouth to find out the safe or hot places to go to drink, party, or spend your vacation time. There was a pocket guide that was the go-to for anything gay called Damron’s Address Book. This book had every known address for gay places to go. As more bars opened and more places were either gay or gay friendly, their book grew in size. In the beginning, it was a small green or red pocket guide. This book was started by Bob Damron in the 60s and came about due to the time and energy he put into driving down the coast of California and talking to the gays to collect every address of bar or bath house. Then he would print them and sell them. These were the means for creating a community. You would show up in a city and instantly know where to go to meet people. If you lived in rural  America and were traveling to a large city for work or whatever, you had ever address you needed at hand.

This book was amazing and by the time I picked it up, as a young gay man, it was almost two and a half inches thick. The amount of time I travelled when I was younger, I wore my book completely out. I just remember looking at it totally amazed and the wealth of information. I felt like I belonged to some secret society and had my version of a decoder ring for the hidden parts of any city in the country. Sadly though, with the invention of things like Yelp and all of the dating apps that also rate places close by, Damron’s will be seeing the last of its days very soon. Check out the history of Bob Damron’s Address book here Damron’s Address book. 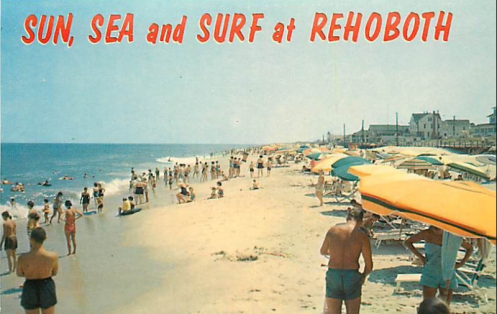 Rehoboth Beach was founded in the 1870s as a Methodist Meeting Camp and really wasn’t long after that its renown for being a gay friendly place started. Gay lore states that the gay nightlife started in the 1940s around an area of property along the beach call Du Pont. The story goes that Tallulah Bankhead had parties in a Du Pont mansion that catered to close relationships with women. In the 50s, liquor law prohibited you from walking around with a drink, so you were forced to sit at a bar or table and talk with people, this created an unusual dynamic for meeting people in the famous Pink Pony of the time. This was probably one of the first gay bars on Rehoboth beach, according to some. Through the 70s, Rehoboth was still known as a family destination. The south end of the island comprised the area where most gay men hung out and where the bars typically were. All that changed in 1988, a bar opened in the center of Rehoboth Beach proper. This bar became a central hub for nightlife, packing in some 700 bodies on any weekend night. This in turn brought the gay and lesbians into much more focus of the visitors. By the 90s the locals feared the beach was going to be over ran by the newcomers and starter circulating bumper stickers that read Keep Rehoboth a Family Town.The city homeowner association made it hard for the Strand to acquire its liquor license and eventually that caused the closing of the bar. Due to the tensions surrounding the communities, CAMP (Create a More Positive) Rehoboth was born. This was a group of LGBT volunteers that met with the city to work out a means to make it more inclusive, conducted sensitivity training with local law enforcement, and met with the housing authorities to make it a more conducive and profitable relationship for all. As of today, there is still a large percentage of gay owned and operated business on Rehoboth Beach. 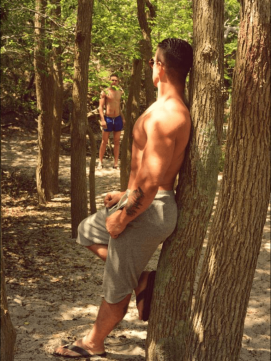 Fire Island has two communities that are known for being LGBTQ friendly, the Pines and Cherry Grove.  What many people do not know is one of the riots that helped start the gay rights movement happened one year before Stonewall. In the Pines, there is a stretch of sand dunes known as the Meat Rack. this was an area known for men meeting other men to have sex. Just after midnight on August 25th, 1968, Suffolk county police department came ashore and proceeded to that area conducting a sting to entrap gay men. 27 men were arrested for consensual sodomy. They were then subsequently tried and acquitted, thanks to the defense of local straight lawyer Benny Vuturo. Cherry Grove had been known as a safe place for gay authors as far back as the 1940s. It was a place where it was accepted to hold hands and show affection to your partner. This stretch of island is known for hosting Miss Fire Island pageants, large pool parties, and just a place to be who you are without fear of being judged. There is even history that states that in 1882 Oscar Wilde came through Cherry Grove on his American tour.

So, while you are out there planning the last of your summer vacations, think about visiting a place that is rich in our history. You still have the ability to by a Damron’s pocket guide or look at it online. Check out a party in Cherry Grove of head to Rehoboth for some dancing and fine dining. If you can’t make it to either, raise a glass of your favorite beverage to the beginning of safe places we enjoy. Drink to their memory and hope they still continue for future generations