My recent article prompted some heated discussions on a Facebook group for Cleveland’s LGBTQ. Things like pronoun usage, gender identity, and sex are topics that have become something of a large amount of focus in recent years. And it is easy to understand why people have a hard time with the terms and usage. For many, it is a completely different way of thinking and often does not make sense to them. Yes, it is a hard to change how we think and the words we use, but it isn’t for our well-being. It is about appreciating someone else’s journey and who they are. This is why the shift needs to happen.

First, I think it would be best to define the terms that we will be using. This gives us a starting place for understanding. Sexrelates to the biological differences between people and they are differentiated between anatomical and physiological characteristics. Most people are typically made up of 46 chromosomes, women often times have two X chromosomes and men often times have an X and a Y. The Y will become the signal for the fetus to grow testicles, in a simplistic view. As such, outwardly, women would end up with a vagina, uterus, ovaries, and breasts. Males would end up with a penis and testicles. However, even sex isn’t that simple. People can be born with a varying array of chromosomes. Men can have two or three X chromosomes and women can have a Y chromosome. There are times when children are born with a mix of male and female genitalia, they are called intersexed.  When this happens doctors and parents often decide, for the child, which will be the presenting way they are made to live. 1 out of every 1500 birth are intersexed.

weren’t hard enough, gender is even more so to distinguish. The World Health Organization defines gender as “socially constructed characteristics of women and men, such as norms, roles, and relationships of and between groups of women and men. It varies from society to society and can be changed.”What this means is that gender can oftentimes be determined by the environment in which a person grows up and can change over the course of their lives. Stereotypes that surround gender can often change as the times and history change. Now we see gender being forced by advertising, movies, societal norms, and our families. We are told that baby girls should wear pink and baby boys are supposed to wear blue. Why is this how it is? Let’s take a quick history lesson, until the middle of the 19th century all infants clothes were white. In 1918 an excerpt from a trade publication called Earnshaw’s Infants’ Department stated: “The generally accepted rule is pink for the boys and blue for the girls. The reason is that pink, being a more decided and stronger color, is more suitable for the boy, while blue, which is more delicate and dainty, is prettier for the girl.” -courtesy of Medical News Today  As history changed, so did the color in which babies were dressed, showing society often changes the norms for gender.

To add to this is gender identityand expression. These two terms have more to do with the person than society or external factors. GLADD defines sexual identity as “One’s internal, personal sense of being a man or woman. For transgender people, their own internal gender identity does not match the sex they were assigned at birth.  Most people have a gender identity of man or woman (or boy or girl). For some people, their gender identity does not fit neatly into one of those two choices.” This identity has no bearing to the primary or secondary sexual characteristics they are born with. And the person may or may not, publicly, share their gender identity. When interacting with others it becomes gender expression and GLAAD defines that as “External manifestations of gender, expressed through one’s name, pronouns, clothing, haircut, behavior, voice, or body characteristics. Society identifies these cues as masculine and feminine, although what is considered masculine and feminine changes over time and varies by culture.” These expressions can also fall to a gender-neutral side where they are a mix of how the person feels. 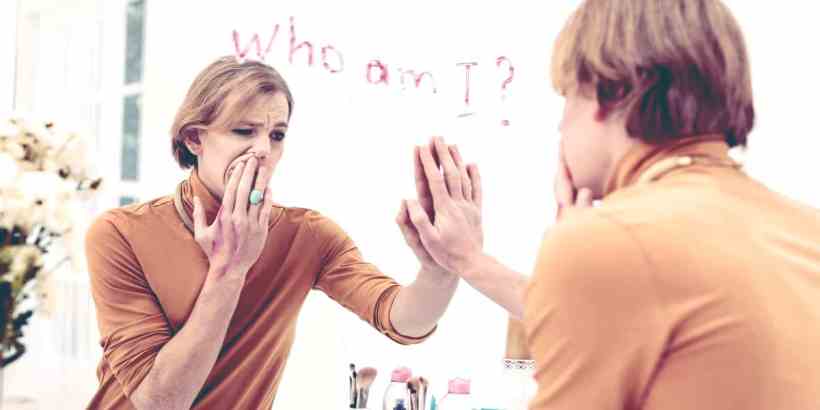 And this is where pronouns become a much more important matter. Gender combined with identity and expression are a deeply personal matter and have nothing to do with the perception of those around them. If someone asked you to call them Alex instead of Alexandria or Alexander, we don’t give it much thought. However, we do look at them and make a quick judgement of whether we think they are male or female. This is based on how they present themselves, how they dress or how they sound. If someone asks us to refer to them using a specific pronoun, why should it be any different than adjusting a name we call them? We make it our comfort level with what we will accept instead of thinking about the person before us. We would want them to talk to us with the terms we feel most comfortable with, so why not afford them the same comfort.

The topic has nothing to do with the sexual organs a person was born with, but the person themselves. It is not about what lies below their clothes that is important, but who the person is on the inside. Every march we have done, every fight we have fought is for the ability for each of us under the LGBTQ banner to live our lives as we see them and not how others tell us to live. How can we not afford those rights to each other when it was the very thing we have pushed for? All of those who came before us, died in the name of the cause have fought for nothing if that is the case. Let us change our mindset to those we stand with and not continue to persecute each because they do not live the exact way we do. Our community should be the leaders in accepting diversity, not trying to hold it back.