I want to start by saying that this is not the post that I intended to write today. Previously, I was going to write about Pride and actually participating in the march. It never fails that every year after Pride there are those who talk about how certain people demean the meaning of Pride, how their clothing and expressions are over the top and give LGBTQ people a bad name. That they shouldn’t be allowed to be at a festival that celebrates the achievements of those that have fought for our rights. Why is there such division and derision of our community? What prompts it and what in the actual fuck did we fight for?

Ok Kiddies, history recap first. Grab a cocktail and a cozy cushion cuz Granny GayintheCLE is going to share some information that will shock and scandalize you. To complain that the LGBTQ people these days flaunt their sexuality and sexual natures, I laugh and cringe at the same time. I cringe because they are so removed from our history that they don’t understand the first march was had so that we could flaunt who we are. Prior to Stonewall, you could be stopped, harassed, and arrested by the police if you were not wearing three articles of clothing to your presumed born gender identity. If you walked down the street holding hands of someone with the same gender identity as you, you could be harassed by the cops and even arrested under false pretenses. Being in a gay bar and dancing with another deviant homosexual could get you arrested. When the patrons of the Stonewall Inn had reached a point where they simply couldn’t take anymore, tensions erupted and the riot began. The police would come in weekly and raid the bar, dragging out patrons, beating them with batons, handcuffing them, and throwing them in the back of police wagons to be taken down town and processed. This is what we fought for. 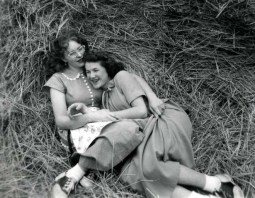 A gay couple kisses during the Gay Pride parade on June 28, 2015 in the Istiklal street near the Taksim square in Istanbul. Riot police in Istanbul used teargas and water cannon to disperse thousands of participants in the Gay Pride parade in the Turkish city. Police took action against the crowd when demonstrators began shouting slogans accusing the social conservative President Recep Tayyip Erdogan of “fascism”. AFP PHOTO/OZAN KOSE (Photo credit should read OZAN KOSE/AFP/Getty Images)

I have even heard said that the LGBTQ people of today flaunt their sexual natures and have casual sex and that this isnt part of Pride or its history. Again, this is the very thing that we said set us apart from our heterosexual counterparts. We didnt need to conform to some idealized view of what sex and sexuality should be. Stonewall Inn, as well as every other gay bar, were known as hookup places for men. This was part of the reason the police were raiding them. They would drag the patrons outside and photograph them and then arrest them. They would publicly publish the pictures claiming that they were sexual deviants, this scandal would effect their jobs and standing in their communities. Parks were also huge cruisy areas for gay men, dating back much further than the events of Stonewall. Many were still in the closet and had to hide what they were doing, so they sought out anywhere they could to act on their desires. We believed that sexuality should be celebrated since it was so very intertwined to our natures.So much so that Gilbert Baker’s original Rainbow Flag included hot pink as a representation of our sexuality.

When I hear that LGBTQ people shouldn’t be allowed to be a part of a march when they are dressed so garishly, queeny, or slutty, I am truly disgusted. Mainly because it shows the lack of knowledge you have about our history. Drag Queens have been an intimate part of the marches/parades since the Christopher Street Liberation March in 1970. Men and women alike have marched those parade wearing as little as they can publically get away with while holding hands, kissing, and carrying protest signs. It was the purpose, these marches were to create visibility. They were the carrier of our anger and rage, they were the vessel that carried our message that we will not be forgotten, overlooked, or stand by while we are harrassed any longer. We dressed in the colors of the rainbow, when that flag became a symbol. Before that we dressed as “gay” as possible to prove a point, because we fought with sarcasm, more often than not.

To say that these gays have no respect for the history we have or that we should be ashamed to be associated with them makes me realize that we still suffer from internalized homophobia. I can hear some of you saying, “but Granny, we are gay how can we have internalized homophobia.” Well my dear children, it comes from our upbringing and we still carry it regardless of how much cock you suck, vagina you eat or whatever. We hear our family, friends, neighbors, ministers, teachers, politicians and every other Tom, Dick, and Harry spout how LGBTQ people are a blight on the face of decency. That gays are these limp wristed, nelly, flaming queers who talk with a lisp and try to corrupt children to their perversions. You hear a thing long enough and it becomes a part of your thinking. You say, “I will never be one of those gays, they sound horrible.” That leads to the whole “I only date straight acting butch guys, like me.” and part of that statement has truth in it and its acting. We hear this negativity and we start to change how we act or talk so that we aren’t labelled the same way. We build boxes for ourselves to live in and force those around us to have them as well. We come out of the closet only to commit ourselves to someone else’s box of who we should be. Why do we fight to break one shackle only to accept another?

Simply because you already identify as LGBTQ people will judge you with their preconceptions. They will see the worst images that the media and their upbringing has created in you. Many will not value you as a human, hear your words because they are poison meant to corrupt others, and in some cases act out violence against you simply because you are different than they are. Why would we even want to subject members of our community to that same vitriol? We watch as the few freedoms we have struggled to obtain are being stripped away from us in blazing speeds and then turn around and judge someone for how they choose to celebrate themselves during Pride season. We say they do not deserve to act that way because they don’t understand our history. I challenge you that you are the one that doesn’t know our history. That person who is walking and shining their very souls to the heavens to celebrate who they are with the rest of the world is more intune with the very nature of what people like Marsha P. Johnson and Harvey Milk fought against. They celebrate in a joyous chorus thinking that those around them are also singing the very beat of our history when in fact they are being judged by someone so full of scorn for themselves for not being able to be that free. 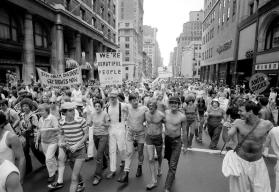 While I may not agree with how others choose to celebrate or show their pride, I cannot tell them they are wrong. I am ecstatic that they have the same ability that I do to celebrate how they see fit. I will stand beside them, holding their hand and lifting their hearts for the universe to see because we are family and our ancestors fought against some brutal shit to give us the ability to walk down the street and show the world who we are. If you sit in judgement of that, perhaps you need to look into yourself to see what causes you to feel that way. You don’t have to like how they choose to celebrate, but you have no right to tell them they cannot celebrate how they choose. Showing each other this pettiness is what causes such division amongst us and will never allow us to achieve the very things that those who have fought for us wanted. Loosen up a bit, Pride season is about joy and celebration while reflecting on the struggles we have endured so that we can embolden ourselves for the fights to come. Happy Pride to all of my LGBTQ family, known and unknown.