Normally I plan out most of my posts. I trying to find a topic that interests me and hopefully interests others, do some research, pull some sources, and write a post. Or I will scroll through some Ted Talks for moments of inspirations. After all, the reason that I write is to help others remember out history and hopefully make a few others think and lead to action.  However, after the news yesterday of almost 14,000 of our transgender brothers and sisters losing their jobs thanks to this inane transgender ban bill, I just don’t seem to have it in me to post one of the posts I had written before.

The very roots of a military organization dates back to the beginning of mankind, in reality. We have always banded together to protect our homes and people. IT started as a common good to ensure our survival. We have seen it move through history to become mandatory at times and some cultures that had an elite group of men and women to protect the powers that be. Most people considered it an honor to serve and protect their country and that even carried over to America. The military forces we made here were by the very people who sweated and bled to make sure their homes survived. Native Americans considered their warriors with honor and became a bigger honor to serve as a warrior and not kill an enemy, instead they counted coup.

We have witnessed many changes to our military, over the course of this Country’s life. We have seen the Draft implemented, witnessed troops who served for the greater good be spit upon and shamed, watched women be able to serve openly beside their male counterparts and even the allowing of 18 years old people to sign up to serve. These weren’t always met with quick acceptance. It took until 1976 for women to be accepted into military academy and it wasn’t until 2013 that women were allowed at West Point. I remember the news in the 80s and early 90s about how the largely male military viewed women serving in combat. The debates about how they were too emotional to be able to make effective decisions. Not strong enough to have the backs of the rest of their squad, company, or platoons. But time after time, women proved they were as strong and stronger than the men they served with and while the resistance to them serving hasn’t went away, it is more accepted now than before.

LGBT people have had a similar struggle in serving. Almost twenty-five years ago, February 2, 1994 DADT (Don’t Ask Don’t Tell) was started. It was implemented and sold as a means for LGB people to serve without repercussions, but in actuality it gave a means to persecution. The military prides itself on rules and regulations, predetermined means of what something is or isn’t. Unfortunately, what is or is not a “homosexual act” is always up for interpretations and the military had final say so on it. Many men and women were dishonorably discharged from service over being homosexual. DADT lasted almost twenty years, September 20, 2011, before it was repealed. Finally, we were able to serve openly and with less fears or recrimination, in theory.\ 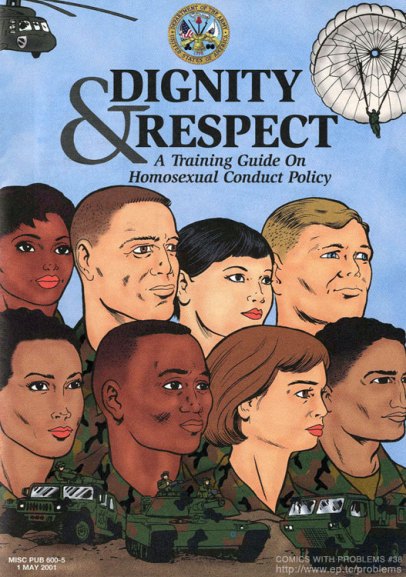 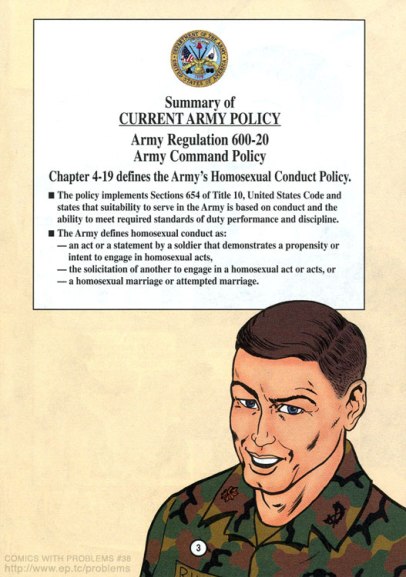 During the time of DADT, we heard similar arguments to what women were faced with during their early battles. We aren’t emotionally able to serve, who wants to serve with a “faggot” who is staring at my backside instead of protecting my back, and worse. These fears haven’t really been alleviated, only pushed to the back. Not transgendered people are going through the same struggles. Our own Commander in Chief thinks they are not mentally stable enough to serve in our military. However, mental capacity is not viewed of heteronormative soldiers when they join. Ok sure, you take tests before you are allowed to join. I remember them, hell I tried to join the military when I was younger as a means of hoping I could cure the urges I had for men. The military puts more focus on physical abilities than mental. I guess that is completely okay since they are heterosexual men and women.

Wednesday I posted a link about the transgender ban and how the DOD did an independent research with the group RAND s a cost benefit analysis of transgender men and women serving in the military. No discernible cost difference was seen if the military took on the costs of helping a soldier go through transition surgery. No detectable strain would be put on the military for having them serve alongside of other soldiers, as long as they are doing their duties. No more could be asked of any soldier. Hell, they have been doing it for years already and suffering right along with serving. 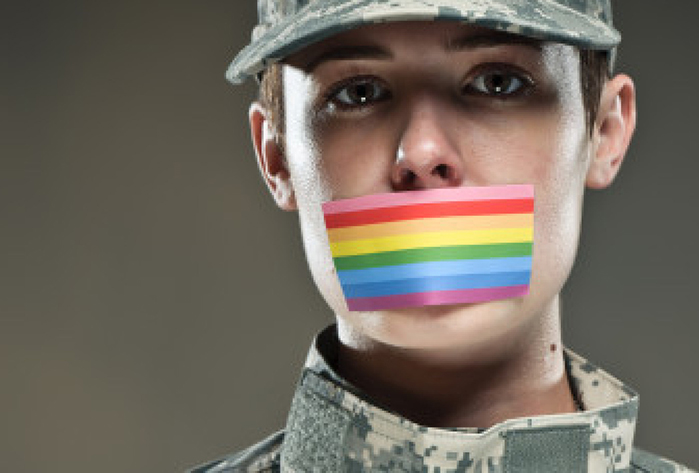 Our military doesn’t have the numbers it used to have and turning away competent and volunteering people who want to serve and protect their country is stupidity. All they ask in return is to be able to serve as who they truly are, a request that is no different than their heteronormative counterparts. Somehow our current government sees them as a threat, a threat in civilian life and in military life. The weird part is we cower away from that, instead we should remember that the government SHOULD fear its people. We have forgotten that we are part of the check and balances system. Too many of us live in the fear of the majority. Fear of the government, fear of their mindless followers/supporters. We watch violence played out against us daily, all minorities. If we want advancement and inclusion, we need to stop asking for scraps and fight for our place at the table.

We have got to stop watching from the sidelines. We have to move against those that would subdue us. We HAVE to come together as one body and voice. Division in our ranks isn’t helping us, we see what its doing but we just don’t seem to process it. Look around you and what is going on and make your voice heard. You are mistaken if you think the larger percentage views us as equal. Just because we have a larger presence on television and, for now, the right to marry doesn’t make us equal with the heteronormative society. We are still a part of their sideshow. Advocates or not, they will not make the change easily. We have to be there on the front lines. We have to get back to our roots of activism. To paraphrase a comic book, “We have to stand.”

One thought on “We Have To Stand”