With this being National LGBTQ History Month, I also think it is important to celebrate the present. Our city, Cleveland, has had a few victories this year that definitely need celebrating. While we still have a fight ahead of us, acknowledging where we have made advances gives us strength to fight on. Share with me in this and know that each of you are a part of this.

Fighting is hard, especially in the instances of civil and social justices. We get focused on the need to push forward and what the next battle is going to be that we often forget to take a moment out to celebrate what we have gained. That doesn’t mean we should not stay focused, but we need to recognize victories that have been gained. Currently, Ohio and Cleveland are both a battle ground for getting protection status for LGBTQ people in the work place. When only 20 states have any form of protection status, every additional state added to that list is very important.

Again, victories are important and something I think we should take a moment to celebrate. Mayor Jackson has made appointments recently that are leaps for our community. Sherry Bowman was appointed as LGBTQ+ Representative to Cleveland’s Community Relations Board. She is both a native Clevelander and a long time activist in the LGBTQ+ and African American community. In 2006 she created a website called feelgoode.com to provide information and access to people to get involved in local activism. When the site closed in 2012 it was receiving 300,000 hits per day. She went on to become actively involved in local advocacy groups and was instrumental in helping shape Cleveland’s nondiscrimination ordinances. This year the mayor appointed her, to serve as a LGBTQ+ representative on the Cleveland’s Community Relations Board. This position is responsibility to help build positive relationships between City Hall and the LGBTQ+ community at large. Sherry’s goals include more economic opportunities for the LGBTQ+ community, reducing violence against the transgender community, and to maximize collaboration between the various organizations that serve the LGBTQ+ community.

We also saw the appointment of Commander Deidre Jones as a LGBTQ Liaison to the Department of Safety. Deidre has long been out in her 30 years service with the city. Her role as LGBTQ liaison will be to build on and strengthen relationships between the Police and the LGBTQ+ community. Part of her means to accomplish this is to work on increasing recruiting from the LGBTQ+ community, to meet with and examining other Police leaders to bring back best practices to Cleveland, provide ongoing training to officers, and to meets with business owners of the LGBTQ+ community to ensure their public safety needs are being met. She is also working directly with officers on cases involving the LGBTQ+ community on how to respectfully write reports, behave on scene, and interact with the media. “I want to improve the basic interaction,” Jones says, “to make sure that LGTQ+ people are afforded the same dignity and respect from officers that everyone else would get.” Commander Jones wants to increase visibility of Police and Public Safety as allies and to keep the tradition of police participation at Cleveland’s annual Pride in the CLE celebration. 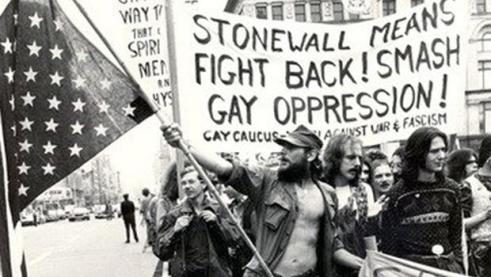 Kevin Schmotzer was appointed as the first LGBTQ+ liaison to Mayor Frank G. Jackson, this year. His position is to address the needs of the LGBTQ+ community with the internal departments, social service organizations and coalitions and as an adviser to the mayor. Mayor Frank Jackson was quoted saying, “Mr. Schmotzer will helps us expand and advance nondiscriminatory policies that move our entire community forward.” Kevin has been working with the city of Cleveland for two decades and served as the Executive of Small Business Development for attracting entrepreneurship, creating and administering programs, and financial incentives for economic development in Cleveland. Mr. Schmotzer also served on the 2014 board for the Cleveland held Gay Games.

We also have the recent passing of the Cuyahoga County Non-Discrimination Ordinance. This ordinance gave equal protection and access employment, housing, accommodations, including public bathrooms and locker rooms. This allowed Cuyahoga to fall in line with most of its localities that already had these types of protections in place and a further step to ensure that all of Ohio has them, as well.

We still have a way to go in our fight and the forward momentum needs to be carried along. Whether you are out, have plans to come out, or not we need to rally together to ensure that all people are equally accessed to services. None of us should ever feel that we are not a part of the global collective. Find your means to fight and speak out. Civil disobedience or full on activism, all aspects are needed to make a change.