Emotions are never the easiest thing to endure, working through them is messy. Often, when it comes to emotions, I put them aside and never act on them. It is easier to deny myself the possibility of pain, instead of trying to commit to a person that will reject me. But there is always a person or time that seems to sneak in and take you over before you get a chance to throw the brakes. And those times can be the greatest of experiences or the lowest of the dark recesses of your mind.

So far, I have only ever felt love for two people. One was a woman named Michelle who accepted me for the person I am. When we started dating, she had gotten out of a bad relationship and didn’t trust that I would be any different. I had to fight to prove that I was different from the guys that caused her so much pain. I told her that I was bisexual because I was afraid of her judging me for being gay and thinking that I, too, only wanted to hurt her. I loved her for letting me be who I was without judgement. We parted as friends, when we realized that neither of us where what the other wanted. I was in touch with her until about six years ago when I lost all contact with her and I still miss her.

In the movie Practical Magic, which is my all-time favorite movie, we see the star of the movie as a child performing a spell that will prevent her from falling in love. This happens after she witnessed her aunts performing a love spell for a town resident. Seeing what love, or obsession, can do to a person, Sally vowed that she never wanted to fall in love. When Shawn died, I said that I never wanted to feel that kind of pain again. I wanted to cut myself off from feeling things that could invariable lead to pain and heartache. So, I did my best to hide myself away from love. He was the second person that I loved. I put him through hell that I believed he did not know, when in fact he did. He never tried to change me and never stopped loving me. He taught me that love can go beyond the problems that one person. Its unconditional. I only wished that I realized it before it was too late.

When Shawn died, I fully believed I wasn’t worthy of being loved and sometimes I still feel that way. I didn’t try to date because I had known a person that accepted every part of who I was and loved every flaw I had. I did things, while we were together, that I later hated myself for. Because of those things, I stopped wanting to date and to be with men. I needed to work out who I was. After time, it became much easier to just not even try. For eight years that became my modus operandi, and as such the most I would do was meet guys from random sexual encounters. It was much easier with less emotional investment.

In 2008, after moving back to Virginia, I met a guy named Michael. We met, dated, and quickly fell in what I thought was love. I loved that he was an artist and he was happy to have someone who shared his pagan beliefs. It was early October and I hadn’t seen him for a couple weeks. He seemed to always be busy. I was at work and received a text from him explaining that he could no longer date me. That he had never really been in love with me and it was over. When I pressed him for information, he told me that he had been seeing someone for six months and felt they were the person he wanted to be with. Six months, the exact same time that we had been dating. I was furious. After work, I loaded up every gift he had ever given me, drove 45 minutes to his house and laid them out on his sidewalk. I noticed the pickup truck of the guy he was dating in the driveway, I preceded to scream at him for his cheating and smashed each thing he had given me. Needless to say, I was pissed.

Again, I shut myself off from guys. I didn’t date and when I talked to them, I fully expected them to fuck me over. I moved to Cleveland in 2016 and hoped that it would be a new place, new chapter. But it seemed I was destined to only fulfill that prophecy. That all seemed to change a few months back. I had been going to a bar, that I have reviewed here many times, and one night I had convinced them that they should do a RuPaul Drag Race night. As I sat at the bar, I noticed that someone kept staring at me, so I texted the bartender, Dennis, and said, “Who is this guy staring at me.” What I didn’t realize is that we were watching Drag Race from his phone and my text had broadcasted to the entire bar. The person who was sitting closest to me thought the message was about him. He decided to talk to me because of the message. I was mortified and had to quickly explain that it wasn’t him. In the instant that I caught his eyes I was transfixed and was a sensation I had not felt in a long time. We had a lot of things in common, superheroes, music, movies, love of drag race, and an immense number of oddities. We talked about all of this in our first meeting, I would never forget it. 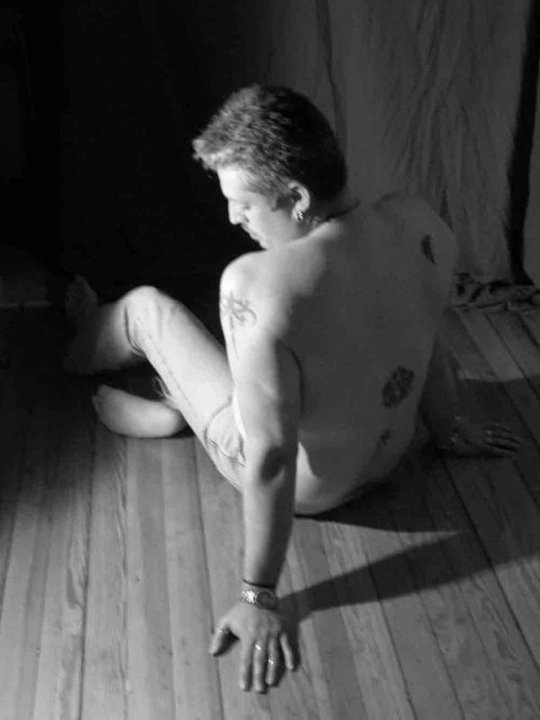 I made it a point to be at the bar as much as possible, just in hopes to run into him. He would walk in and my heart would skip a beat and instantly my day was brighter. We would pick up where we left off and it felt natural. His eyes would hold my gaze and time would stop. I would have to remember to breathe and will my heart to beat. Before I knew it, I was falling for him. I say all of this now, knowing full well he is reading this. As time moved on and we became friends and told me that he was not looking for a relationship or anything. Yes, it hurt but my feelings were still there. Touching him would send sparks through me and I craved more. I tried to battle it all, I knew he wasn’t looking for me. The slope was slippery and each time I thought I gained ground it fell from me. He always made it clear that it was casual and only looking for friendship, I would nod with each word. I mustered the courage to kiss him one night and knew instantly that it wasn’t the best kiss I could manage. So, a short time later, I pressed my lips against his again. The world seemed to grind to a halt and I only prayed it would last. But reality caught up with us soon enough.

He has never led me to believe there would be anything more than what he has said, but each time I am near him I only wish it could be. I could sit here and explain each feeling he gives me, but knowing he is reading this I cannot make him endure that which plagues me. We cannot alter our feelings. Sylvia Plath said it best, “When you give someone your whole heart and he doesn’t want it, you cannot take it back. It is gone forever.” For me it means once your feelings are known they cannot be taken back. I can only try to shape the love I feel to make a stronger connection as a friend. You are only left with what is and how to move forward, no matter the pain.

Some say that love comes from the heart, for me it is magick that is sealed with the eyes. A line from Shakespeare in the Tempest Act 3, Scene 1 sums it up best. ‘Hear my soul speak. Of the very instant that I saw you, Did my heart fly at your service.’  This truly speaks to the very moment your eyes lock with a person you feel an instant connection. After all, the windows are the door to the soul. I can’t change how I feel, nor would I want to in the fear that it would pervert the entirety of what could be. It is left for me to determine the fate and how to get there. I will stumble as I shape this into friendship, but it is what must be. Guided by the faintest of torch light, I set out on this journey.

One thought on “Long Hard Road”